The not-so-living fossil of survival horror gaming that is Dino Crisis could be having a Jurassic Park-esque rebirth, resurrected from the amber of horror gaming past.

A story running In the latest issue of The Official Xbox Magazine claims that Capcom are working on a reboot of the criminally under-rated Dino Crisis series, to be officially unveiled later this year...

First things first, Dino Crisis kicked arse. As an unabashed lover of dinosaurs, what better type of game could there possibly be? Dino Crisis and Dino Crisis 2 were like a love letter to all things reptilian, taking the best of Resident Evil and adding talons, eight-inch teeth and sheer panic.

There’s no further details at present, and previously Capcom has famously shied away from breathing new life into some of its forgotten franchises (Onimusha, anyone?). Only last year Resident Evil 4 producer Masachika Kawata said “Capcom has obviously never shied away from bringing back our older IPs to new generations, but I do think it’s more important for us to focus on creating new IP as we move forward.”

Dino Crisis first arrived for the PSone back in 1999, before making the leap to PC the following year. Dino Crisis 2 followed up with largely positive reviews before Dino Crisis 3 shot the franchise in its metaphorical head by bizarrely taking it into space, and replacing the dinosaurs with mutant creations. If I could shake my head any more discerningly I would.

Is it about time dinosaurs got a look-in on the action?

What would you like from a Dino Crisis reboot?

me too, one of the few games I completed multiple times 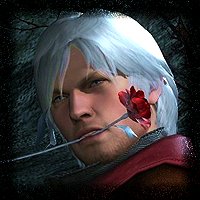 story could have continued from the Dino Crisis 2 ending

My inner nerd & OCD compel me to point out that the title of this article is entirely flawed. 65 million seconds = roughly 2 years & 3 weeks (or 25 months, whatever). Dino Crisis came out in 2000....I'm sure everyone can figure out where I'm going with this :P

Yep I noticed that when I wrote it but I was going out on a limb and hoping no one else would calculate it! Damn you...

I have a habit -and- talent for bursting bubbles, which I often do without actually intending to :P

dino crisis one of my all time fav's on ps1 i remember ,such a great game!

I want a very good story and a long gameplay, because i've missed pretty much...

Talk about a blast from the past. Well, not sure if this is a sound decision for Capcom right now but I'd be damned if I said I don't want to see a last-gen DC game.

less puzzle and less chicken-dino chase will be good..

if it has dinosaurs and is well made,it will be awesome!I was a huge dinosaur fan as a kid :D

was this game released on ps2?,I am not sure,cause i remember playing something like it a long time ago,maybe the first console game i have ever played