Still, you can't keep a good zombie-slaying cyborg ninja down, so we'd expect many a gamer to still be picking up Team Ninja's latest. Before you get busy with some cel-shaded undead-hacking though, we suggest you take a quick peek at the Yaiba: Ninja Gaiden Z system requirements...

The step up to the Yaiba recommended system requirements is more of a leap though. Most eye-catching of all is the 8gb RAM recommended for Ninja Gaiden Z. Few games demand quite this much, least of all a console-oriented port such as this. The rest of the Yaiba: Ninja Gaiden Z recommended system requirements don't really make for pretty reading either, with a hefty GTX 460 or Radeon HD 5830 recommended, as well as considerable quad-core processors in the form of the Core 2 Quad Q6700 and the AMD Athlon II X4 635.

Whether these requirements are the result of poor optimisation for Ninja Gaiden Z or not is anyone's guess for now, but we look forward to getting our mitts on it. The Ninja Gaiden series has always been about skill-based gameplay and lightning-fast reactions, versus hard-as-nails gameplay. This of course means that high frames per second in Yaiba: Ninja Gaiden Z are going to be hugely important.

Remember, you can always check out how well your PC can run the Yaiba: Ninja Gaiden Z System Requirements here, where you can check benchmarking and performance from other users.

Do you think it could be a poorly optimised port of Ninja Gaiden Z that is causing such high recommended requirements?

hahaha, i don't think so

aren't the gpu requirements too close to have significant difference?

Nice ps2 like game.
These requirements are too damn high! 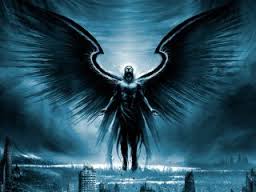 im lost the 8GB RAM thing lol. i know i can run this well but still

8GB RAM for this? Seriously? The game ain't even on next-gen.

and gpu min too high