The Xbox 360 controller has managed to become a staple of the PC gaming world, submerging itself into PC gaming culture for those who want to shed their keyboards when booting up a fast-paced action game.

Now though, there’s a new kid on the block, namely the Xbox One controller. Packing a host of improvements and additions, this is now the holy grail of console-like play on a PC; if only Microsoft were kind enough to release the official drivers that is. Luckily though, an enterprising developer has found a way, and if all goes to plan the drivers will be released very soon…

Lucas Assis was on the prowl for drivers for the Xbox One gamepad, before realising that none had actually been released. So he took it upon himself to get some up and running using WinUSb (the default driver for Windows), and a driver filter from LibUSBDotNet.

Assis said on his website yesterday that he “did the same search [he does] every week: “Xbox One Gamepad Driver”. I own the Xbox 360 wireless connector, but my 360 gamepads are horrifyingly bad. So, having 2 brand new Xbox One gamepads I sure as hell want to play stuff on my PC with them. But as many of you know, Microsoft don’t allow us to do that.”

He assures everyone on his site that it was simple enough (if you happen to be a computer programmer), but that he doesn’t quite have the knowhow to wrap it all up into one file. For now Assis is a little worried that he might be poking a hornet’s nest when interfering with a multi-billion dollar company’s hardware, so he’s sitting tight on it for now but expects to be able to release it soon.

Do you want to be able to use the Xbox One controller on your PC or are you happy with the Xbox 360 Gamepad?

Are you keyboard and mouse all the way?

Would be awesome but I know some games don't use all of the xbox 360's pad features, e.g walking and running that depends on how far the analogue sticks are moved, and I was wondering if games would use xbox one features, multiple vibration motors etc aren't gonna be utilised till MS release official drivers and allow game developers to include utilisation methods. Am doubtful but hopeful

I'm happy with my 360 gamepad, but Xbox One gamepad on PC should be interesting.

I much prefer to use a mouse and keyboard it seems more accurate to me, and I grew up using it so it feels more normal

True but in games like Fifa,Tomb raider and other 3rd person games controller is better(at least for me)

Yeah, I only use it for driving games or other such games where you don't need accuracy or a mouse/keyboard is inconvenient.

I have Dual Shock 3 from my PS3...but it does not support all games onPC,,any idea how to fix it?if not then i may look into the X1 controller..

Very easy.Download a program called "Better DS3" and set the profile to Xbox 360.Then all games will see it like X360 controller and you will be able to play all games that support Xbox controller.Here is the link http://betterds3.ciebiera.net/

Thnx a lot mate i will try it but pinnacle profiler is also really good for me but i will sure try your method..+1 for you..:)

I've just been using my PS4 controller, works nicely so long as you download a program for it, and it means I don't have to spend any money on a pad.

You can use the PS4 controller (which I prefer), using some tool (I think it was called ds4 tool?) which also lets you change the colour of the LED on the dualshock 4 =D

i use xbox360 controllers for all my pc games, got 4 of them for some splitscreen fun with friends, i bought pinnacle game profiler few days ago as its only Â£5.55, it allows you to use any controller for games that dont support controllers

Which games do you play with your freinds ?

HEY!!! i purchase pinnacle as well. Probably 3 years ago to use on game that didn't support xbox360 controllers. Very worth the money. However, most games support xbox 360 now so i only use it when i am going old school with something like mass effect 1.

its great, yeah i use it for the old games too, mass effects too and call of duty.

I will look into buying it..it has a trial version or something so i can try it out first?need it for my dual shock 3 u know..:)

yeah i think it has a 20 day trial then after you can purchase if you like it, its 50% off atm but you can also enter this to get a little more discount discount "PGP55OFF" on the purchase page 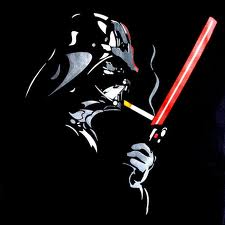 Mmmm would I want a Xbox one controller or xbox 360 controller... wait is there a difference?

This is a comparison.

Go for the xb1 controller, the 360 sucks. The battery thing is constantly in the way of your fingers.
Anyway, would be great if you could connect ps4 controller to pc. (ps3 with bluetooth to android is also nice)

oh crap... can you connect your ps3 controller to an android phone? I use a wired xbox 360 controller (i took 3 broken controlers and unsoldered the parts that worked and put them together to make 1 working controller xD) for PC gaming. I would have never thought to try the PS3 controller with android.

I love using my X360 controller on my laptop, some games (like AC4) are just more comfortable for me. When playing FPS games like Payday 2 or BF4, I find it impossible to play without keyboard and mouse. I'm grateful I can use both :D

I am with you! 100 percent agree. I use my xbox 360 controller for just about all gaming outside of BF4.

Thats the benefit of PC gaming..:)

I use PS3 controller with Bluetooth on my PC and I set it so Windows sees it as a 360 controller.I can play any game that supports Xbox 360 controller

I do that too, but I use the USB cable that comes with the controller, and MotioninJoy

I use motionjoy just as driver because the program itself is not very good(very unstable,crashes sometimes) so I use program called "better DS3" to map all buttons and connect it with Bluetooth

I use SCP driver....but my Bluetooth dongle is not compatible so I will buy a compatible dongle soon :) 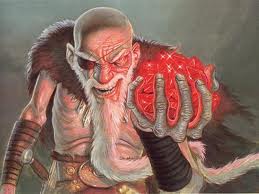 I delibratly bought a 360 controller with the intent of playing some fighting/driving games. Tried about a dozen, can't say I much enjoyed it. Back on keyboard and mouse, there is no substitute for the freedom and comfort that is experienced with these magnificent tools, once you ignore the RSI...