PC gamers are understandably nervous about From Software’s second foray into the world of Windows. Their first attempt, the original Dark Souls, was a stab in the dark that lacked a significant number of customisation options, including being locked at 30fps, 720p.

The Japanese developers look to be upping the ante for Dark Souls 2 though, if a leaked screenshot of the Dark Souls 2 PC graphics options settings is anything to go by…

The tweakability (if that’s not a word, it really should be - sort it out OED) on offer isn’t exactly exhaustive, but there’s a pleasing number of settings to have a fiddle with this time round that should ensure it’s a better port. Last time around we had to rely on Durante’s DSfix to get it running as desired, and there’s nothing we PC gamers like less than a lack of choice. If we wanted 720p at 30fps, we’d stump up the £100 for an Xbox 360.

There was a bit of a furore surrounding the console release of Dark Souls 2, which looked markedly worse than the preview builds. Right up until launch players were seeing and expecting dynamic lighting effects, but these were effectively kicked into touch due to frame rate issues. There’s no option for ‘next-gen’ lighting effects, but if some recently pulled store shots of Dark Souls 2 are anything to go by, it should look a treat on your box o’ tricks.

Dark Souls II is out on PC come April 25, while the Playstation 3 and Xbox 360 versions arrived back on March 14.

If you wanted to know if your PC is up to scratch, then be sure to hit up our Dark Souls 2 system requirements. Of course, your PC might be to it, but that doesn’t mean your skills are. Happy dying Dark Souls fans!

What did you make of the port of Dark Souls back in 2012? Have you sharpened your blade in preparation for Dark Souls 2?

Join the discussion round the campfire below!

Keep you shield up, tread lightly and expect something to come at you at every corner.

I got this game on ps3 and I have to say that the story kinda sucks...The final boss isn't heard about at all during the game until the actual fight!

I'm looking forward to dying many a times! Hoping it runs well on my rig too(:

Oh boi oh boi!
I have watched some vids of it on youtube and it looks even more difficult and bigger than the first one.
Oh and by the way, it's bonfire (if, you were referring to Dark Souls in the last sentence). :-)

Its easier than DS1 i have played on PS3..:D

Can't wait to play this
been waiting for months 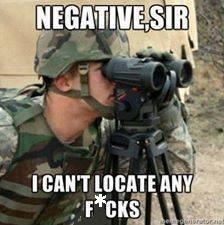