There’s a new The Evil Within trailer out. I knew it was going to be depraved but this one takes the biscuit. I. Can’t. Wait.

Legendary horror maestro Shinji Mikami is back, and this time about 200% more batshit mental. It’s gory, utterly random, and filled to the brim with every phobia you can possibly conceive of. Except for hornets and clowns, although I fully expect them at a later date…

Previously we’ve had to make do with that lumbering oaf in the mental asylum, now we’ve got a look at an absolute cornucopia of horror. This smorgasbord of delights covers The Shining-esque bleeding lift, A MAN WITH A SAFE ON HIS HEAD, a creepy medieval town, psychotic surgeon, chainsaw-wielding oaf, and even time for a spot of guillotining.

To get your fill of face-melting awesomeness, check out the trailer below...

I can’t wait to play it, even though I’m going to inwardly hate every second of it. It’s out on August 26 in the good ol’ US of A, before following up on the 28 and 29 in Australia and Europe respectively. Oh yeah, and the formats - PC, PS4, PS3, Xbox One and Xbox 360.

What do you think of the trailer?

Do you think The Evil Within could be the horror to end all horrors?

It reminds me of Shadows of the Damned, except a lot more emphasis has been placed on creepy or disturbing settings, I'm not sure how good this will be, but Mikami is a genius so I'll keep my expectations high, also since Mikami is so awesome, I think this game will get you going even without the cheap scares, sorta like being trapped with that blind dude in RE4 in the castle.

It will be AWESOME!

"Am I going crazy?" That guys got a safe intelligence(forgive me, I dont feel awfully punny today :P)

I can't wait, I enjoyed in all resident evil game, and I think
I will enjoy in this also, it will be nice game, GREAT...

Well that top image already made this a done deal for me. Very interesting ;)

Im absolutely sure that i will enjoy this game :D

Still reminds me of RE 4 and thats good definitely gonna get this !.

at least it's showing us a rifle on his back, meaning i could confront the bastards and this won't be one of those hopeless helpless runaway and hide horror, i'll surely play this game.. seriously, who'd enjoy that hopeless kind of sensation? that's just kinky.. 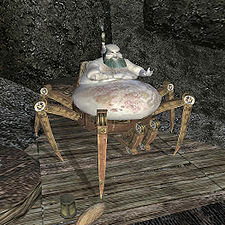 this is going to be soooo damn scary... wouldnt play it even if they payed me 100 euros :P

I can't wait to... watch other people play it on YouTube. I'm way too "sensible" for these games, heh.

me 2 bro i dont think i can play this even if it runs in my pc i wont play it looks 2 scary
P.S i am 15 this is my bros account

I presume your getting it to then ;)

I will enjoy every minute

"There's something wrong with this place.."
Yea No Sh*t.

"holmes you solved the case!" said watson in astonishment

At leased you'll be able to defend yourself to some extent, not this amnesia no weapons crap, so i say lets do this :D