A lot of people really, really liked Defense Grid: The Awakening. It arrived back in 2008, at a time where the tower defence genre was having something of a surge in popularity, it stood out from the dross thanks to its polish, mazes and entertaining AI narrator.

The sequel has been in development a significant amount of time, now, and has had something of a difficult development cycle. A failed Kickstarter was followed by help coming in the form of a private investor, but it seems Defense Grid 2 is back on track, and developer Hidden Path has just shared a new trailer of the title…

The trailer shows off a new engine, new levels and some shiny visual effects, but as of yet we can’t see anything of the promised additions of multiplayer modes. Those will come in both co-op and competitive variety, but it looks like we might have a little longer to wait to see some multiplayer gameplay. You've still got the brilliant stiff-upper-lip AI voicing putting his sarcastic two-pennyworth in, however, and what you can see of the play from this trailer seems promising.

Defense Grid 2 is set to launch some time later in 2014, and will come to Mac and Linux as well as Windows PC. We’ll keep you up to date on any new developments on the game.

What do you think of the trailer? Were you a Defense Grid fan?

Tell us your thoughts by commenting below. 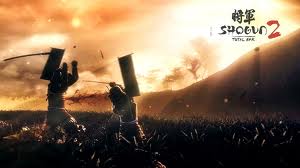 First time hearing of DG2. I use to play Defense Grid on my potato before I became part of the master race.

Looks like the trailer is showing new things added into the original formula. the first game was good so i have high hopes for this.