Dragon Age 3: Inquisition Dated In New Trailer But It Has Some Huge Competition

Dragon Age: Inquisition has been confirmed for a worldwide release on October 7, as revealed in a brand new gameplay trailer - The Inquisitor.

Bioware’s latest is stealing the march in a big way on its heavyweight competitor, The Witcher 3, and we’re now less than six months away from the high-fantasy RPG, but it's got some stern competition when it hits store shelves…

The new Dragon Age will have you playing as a brand new protagonist, the titular Inquisitor, fresh from surviving a cataclysmic blast, ready to stop the demons from terrorising the land of Thedas.

You can check out the gameplay and cinematic mash-up in the new Dragon Age: Inquisition trailer below...

While many were disappointed at the direction that Dragon Age 2 took, Bioware producer Cameron Lee has been keen to make it clear that Dragon Age: Inquisition will follow in the footsteps of Dragon Age: Origins, offering more customisation and options than either of the previous titles.

Dragon Age 3: Inquisition is being powered by the Frostbite 3 engine, which should ensure it comes with Mantle support for AMD owners. Be sure to bookmark our complete list of all Mantle supported titles.

It’s set to launch on PC, PS4, PS3, Xbox One and Xbox 360 on October 7. As we get nearer we'll be sure to bring you the Dragon Age: Inquisition system requirements as soon as they arrive!

Bioware and EA don’t seem to be particularly worried by the date they’ve chosen, which puts them up against some stiff competition, namely Alien: Isolation and Middle-earth: Shadow of Mordor. October 7 certainly sounds like one hell of a date for gaming fans!

Which of these three big-hitters are you going to be picking up come October 7?

Will Dragon Age: Inquisition be the best RPG of 2014?

For the Grey Warden!!!

I Don't think there is stiff competition for DA3 in October, nothing even comes close. Though, that is just my opinion

well, Middle Earth : Shadow of Mordor is released at the same date as DA Inquisition.

Dem Graphics looks beautiful ! It will be very demanding i guess. And finally i can hear Varric's voice after a long time. Gotta start saving money to buy this game.

looks GREAT, to bad im not into medieval-magic stuff... waiting for the next MassEffect though ^^

It looks great and the graphics look stunning.i wonder if my gpu can handle that 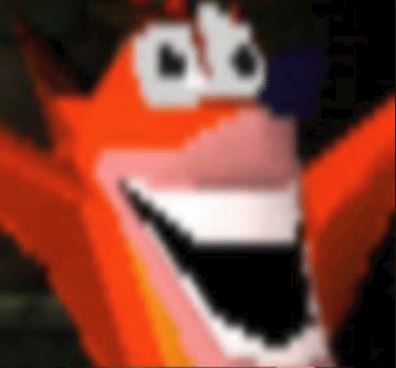 Wow, i have never seen anyone else with this GPU. Finally a fellow GTX 470 :D

This gpu served me well, it can handle even the bf4 but i am planning to upgrade to 800 series.

That is pretty much my plan as well. but i will be keeping this gpu for quite some time though.

interesting conversation there :D I got mine around somewhere 2010....even after all these years it still maxes some of todays games and even plays bf4 on high ....mighty and impressive card :)

Is it just me or are the graphics when the dragon lands on the tower horrible?

DA:O was a great game(one of my favorite RPG's), DA:2 wasn't really bad but didn't even came close to DA:O. If Inquisition can be as good as DA:O then it's the best RPG from 2014 to me

Dragon age> everything else

Looks like a great game but there's no doubt I'll be going with W3 if I end up having to choose between the two. DA:O and DA2 combined didn't present enough lore and quality story-telling to measure up to even the first Witcher.

Witcher 3 is not out until next year so you got time to get both. :P

I wasn't expecting a sort of dragon age inquisition

Da:o was damn good put my honest opinion is that da is fairy tale compared to Witcher.