Crikey. If Bioware tease much more content of its upcoming RPG Dragon Age: Inquisition, it will feel like we’ve seen it all before we’ve even had a chance to play it!

Not that we’re complaining, however, and we’ve enjoyed looking at today’s new batch of screenshots, which come alongside additional information about the game’s class system and details of character progression in Dragon Age 3 …

There will be three base classes in Dragon Age: Inquisition; Mage, Rogue and Warrior. However, each of these “base” classes breaks down into three further “specialisations”. According to Bioware, "Each [base class] comes with a unique set of abilities, weaponry, special moves, and even class-reactive story content. Further, as your Inquisitor grows in power, you will be able to select a specialization. These advanced classes introduce entirely new abilities to your combat repertoire."

"Champions are defenders and protectors, and when a warrior trains in the champion’s tradition, he or she becomes unstoppable. Champions use their armor, weapon and awareness to shrug off incoming attacks while holding critical positions on the battlefield and protecting allies in the process."

"Among the Circles of Magi, only a few mages have the strength of will necessary to focus their energy inward. Wrapped in protective magics and wielding blades of arcane force, the Knight Enchanters are rare, but inspiring sights as they lead the charge into enemy ranks."

"Intricate mechanisms are the core of the artificer’s craft: Deadly traps; Distracting contraptions; Marvels of engineering turned to deadly purpose. If an artificer is standing at the far end of a seemingly innocuous stretch of the battlefield, you should find another path. If he or she is smiling? Best just to hope your affairs are in order."

As well as these new details, a huge bunch of new images for Dragon Age 3 have been posted around BioWare's website. We recognise a few of these as screenshots from the latest trailer, but most are definitely new, and show off some very pretty environments and cinematics. 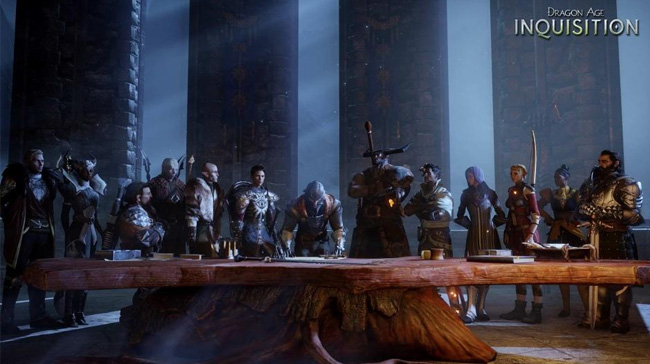 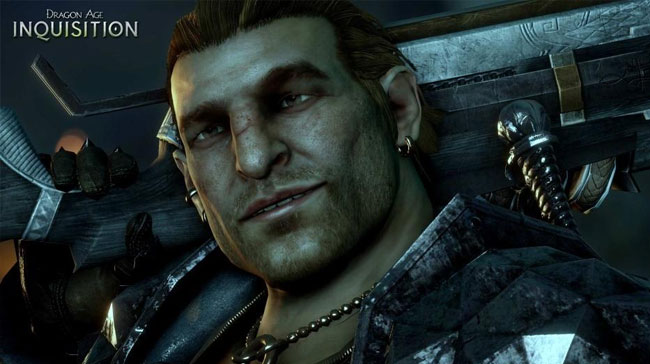 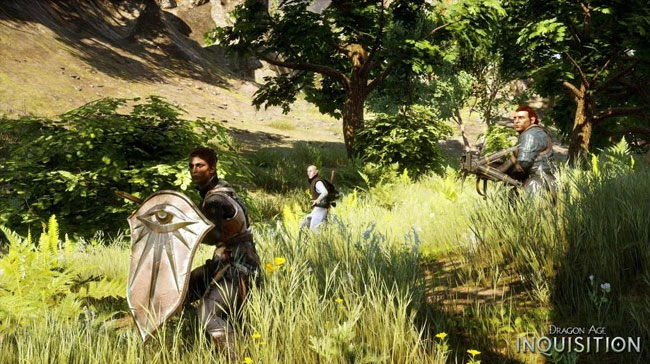 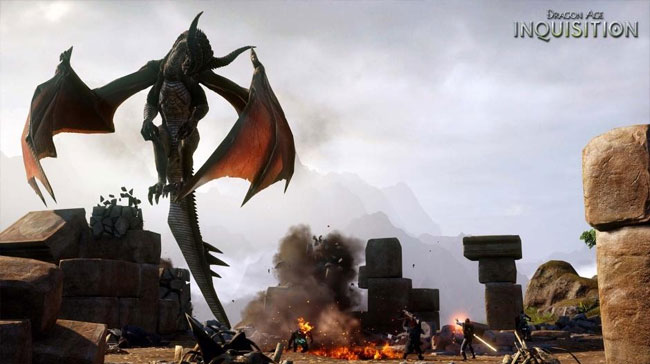 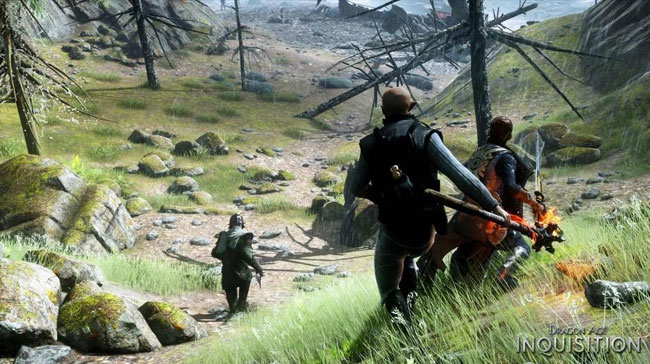 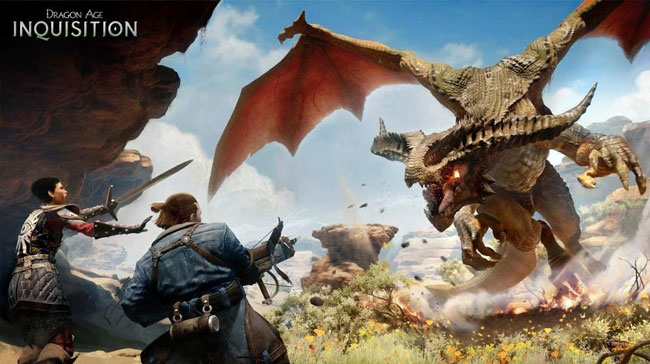 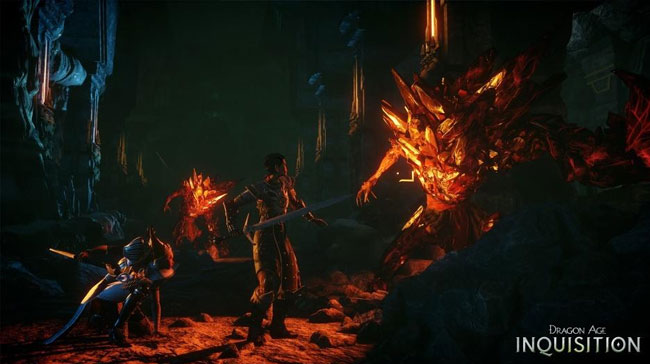 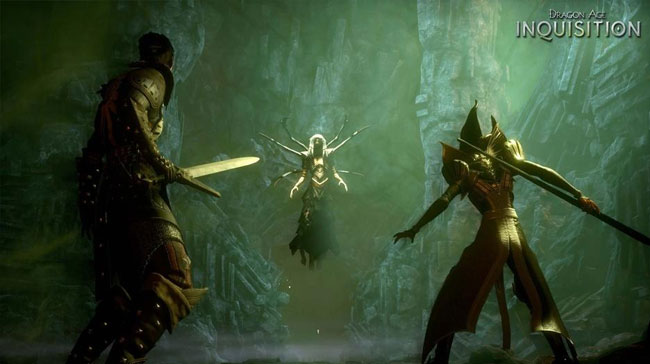 Dragon Age: Inquisition will launch on PC, Playstation 4, PS3, Xbox One and Xbox 360 on 7th October 2014; the same day as both Alien: Isolation and Middle-Earth: Shadow of Mordor.

What do you think of these new images? Which game will you be buying first on October 7th?

Gonna love the story of this one.

Soooo I've just started the first one again, Ultimate Edition is one of the complete RPG's ever :D

Its one of the best RPG ever :D, i try to play it again but i cant activate the dlc i dont know why, using the same account were i bought the Ultimate Edition and were i play it the first time lol, only the awakaning is active lol

I remember having trouble with the DLC a few years ago when i first bought it but other than that ....... it was awesome :)

I loved the first dragon age, so many fond memories ive been wanting to replay it for awhile but stuck on AC4

Will I be able to continue DA3 with character import from DA/DA2?

i don't think you can import your character, but rather import the impact, setting, and condition that has been made by your previous characters

I really hope Morrigan will take a big part in this game !

Im sad that she wont be a member party

I think somebody should tell them to go play DA Origins a little, or at the very least check the wiki. Champion already -was- a Warrior specialization, along Berserker, Reaver, and Templar.

As for Knight Enchanter; on the surface it seems interesting, but in truth it seems nothing more than a simple renaming of an existing specialization. What they describe is almost exactly how you would describe an Arcane Warrior, although less impressive.

I seem to recall Arcane Warriors had a skill that allowed substitution of a stat for equipment; rather than strength it would use their magic stat, allowing them to equip higher-tier armor and weapons than the other Mage variants.

Oh no, wich whore is back :-D
I was perfectly ok when she died ...and beardless dwarf with naked chest... collection of studpidiest DA characters are comming back

jus when u thought it couldnt get anymore intriguing and everything has been covered in might and magic.

DA:3 give us something new we never had before.

I hope that there will be a Shifter class which will worth it :)

I just cant wait for this!

I'm not ashamed to admit it but ...... I want this more than the Watchdogs :D

RPGs are food for the soul :D

And the heart, sometimes.

oh man all this talk about DA:I makes me want to play old Dragon Age all over again !!!

I am more interested in the class details they released :) They look really promising. I hope they have made good fighting mechanics, animations and graphics for the attacks and skills we will use ;) I should be a Mage after all :D