We’ve got a Destiny blowout on our hands today, as Bungie unleashes an extensive look at the Devils’ Strike level, as a group of three soldiers take on The Fallen in squad-based combat.

That’s not all either, as Bungie has also said that it’s looking forward to discussing a PC version of Destiny in the near future…

More than 500 people have been beavering away on the four versions of Bungie currently in development, and the ex-Halo developer has found it difficult to find both the time and the staff to worry about a PC version just yet.

It looks like everything may change once Destiny is pushed out the door on consoles though, if Bungie’s COO Pete Parsons has his way. "I look forward to our future conversations around PC," he said. "We love the PC. We hear it too. We ask the question of ourselves."

"This is a huge and ambitious project for us, and just getting it on one console would be a momentous challenge,” Parsons continued. “Getting it on four on the same day is something we've never even tried before. We wanted to get it right, and we didn't want to add in tonnes more risk."

Design lead Lars Bakken was of a similar mindset, indicating that the console versions were the priority for now; "The console SKUs are really important for us and that's what we're focusing on," Bakken said. "We're doing it all internally ourselves. That's a huge endeavour. That's not something we've ever done before. Adding another thing on there is just crazy. It's crazy to think of right now."

Nothing concrete as of yet, but Bungie are making the right noises for an eventual PC release of Destiny, even if it is still some way down the line. Some extended footage has been shown of the PS4 version below, so you can get a good idea of what’s coming from Bungie’s very Halo-esque shooter...

What do you think of the new Destiny gameplay trailer?

When do you think Bungie’s shooter will finally make it to PC?

Squad up and deploy yourself in the comments section below!

OMG MOVE IT!..Whats with this "Lets walk slowly and act like this a movie".. just play normal..please Bungie! =\

Is anyone else reminded of the Kama (those skirt like things) of the ARC troopers in Star Wars when you look at these guys...?

Voice acting is great, lighting and effects are great, some of those super moves were cool........Everything else is boring

looks nice but it seems to me that the shooting is kind of slow paced at times.. dunno how to explain it. maybe i am wrong. 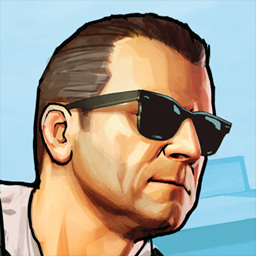 HOOLLLY ****! I WAS WAITING FOR THIS MORE THAN A YEAR... im expecting something huge from bungie..!

funny how russian is always considered as an exotic language ^^

i think it doesnt look impressive to the majority because the AI is totally disregarding the players presence in this gameplay...

that was the only concern I had as well, the AI look really stupid

yea, even Halo's AI was more interesting than this.

i think it looks "decent at most" i have already began to pre order it simply because i love bungie and the games they make, but i believe the worst thing they have done is partner up with activision.

Meh,reminds of borderlands so much,but will probably be not as good at it.Trailer was also meh,and since it's not even coming on PC,probably just gonna have to pass.

Its Borderlands + Mass Effect. It's good but not a new thing.
And the trailer is somewhat not impressing or exciting at all other than its graphics.

Looks very Borderlands inspired. Gameplay, weapons, enemies. Reminds me so much of Borderlands. Doubt it will be as good though.

Agreed. The non-gravity jump and colorful guns really make it like borderlands, but minus the madness.

FPS is always better on PC...they should release on PC as well....they will get more Fans :)

I wasn't really hyped for the game as I knew nothing about it, more like my usual "I'll keep an eye on it". The trailer was.. a little bit sad to watch. While the game, to me, looks interesting, it didn't show anything revolutionary. Also, the typical "let's never sprint and make everything like a movie" is boring. We all know the game will never be played like that, and it killed the action a little bit (let's take BF4 MP's trailer, it was all prepared like this one). So yeah, I'll keep an eye on it, if it comes to PC.