It’s been 26 years in the coming but Wasteland’s sequel has finally been given a release date.

Developed by inXile Entertainment, Wasteland 2 is the sequel to the bona fide original post-apocalyptic RPG, and one of the few true Kickstarter success stories to boot…

Originally hitting its Kickstarter goal back in April 2012, Wasteland 2 went on to treble its goal, tallying up just shy of $3 million. It’s fairly rare for a Kickstarter release to finally see the light of day but Wasteland 2 will be staggering out of its fallout shelter come late August 2014.

Wasteland 2 has been on Steam Early Access for some time now but a new update to those committed few already plundering its wares includes the entirety of the Arizona portion of the game. Next up is a battered and broken LA, but for now Kickstarter backers can trudge around the irradiated desert state. In true post-apocalyptic fashion expect giant scorpions, pools of toxic water, and slack-jawed natives. And just you wait till the bombs hit.

“It’s exciting to be in the home stretch on a game I’ve been wanting to get to for the last two decades. The feedback from our backers on the early beta has been great and I’m proud of the way Wasteland 2 is shaping up. The scope of the game is immense with a word count that is greater than The Lord of the Rings novels and a solid 50 hour+ game experience that has diversity from beginning to end. My goal has been to over deliver on our backer’s expectations for Wasteland 2,” said head honcho Brian Fargo, of inXile Entertainment.

Any GD’ers stumped up the Early Access version of Wasteland 2 yet? How is it?

Is it one of your most hotly-anticipated RPGs of 2014?

Roll a 3 or more to enter the comments section below!

Supporting them from start, tried alpha some time ago and it was great

Can't wait for a classic :)

I'm not a big fan of early access, but I'll keep my eyes out for the release version. Seems like this one could be the FO2 sequel we never got. 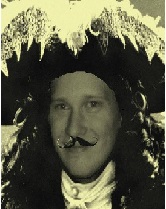 Looking forward to this ! Shadowrun returns gonna have to tide me over until then :D

Its really awesome a well you played shadowrun returns I recently played it and was amazed by it.

And shadowrun expansion is even better

I still haven't played it..:((( today was last exam.Now i will definitely buy it but its really short I have heard but oh well its really cheap as well.