Electronic Arts has officially confirmed that Battlefield Hardline is in development, and is scheduled to be debuted during its press conference at E3 2014.

Previously operating under the codename Project Havana, Battlefield Hardline is being developed by Dead Space creators Visceral Games, and will be a spin-off title featuring cops versus robbers in multiplayer heist action…

The police-themed shooter will reportedly have a team of SWAT members attempting to stop the robbers from emptying a bank vault.

A statement from Visceral Games VP Steve Papoutsis read “On behalf of everyone at EA and Visceral Games, I'm fired up to confirm our next project - Battlefield Hardline. The game launches this fall and it's a brand new series in the Battlefield franchise, set against the backdrop of a genre we all love - the war on crime and the battle between cops and criminals."

Paputsis was forced to come forward and confirm Battlefield Hardline’s existence after a number of details were accidentally leaked on EA’s Battlelog site. There will be four game modes in Battlefield Hardlinem including Team Deathmatch, Turf War, Heist, and Blood Money. There are also four confirmed classes; Enforcer, Mastermind, Technician and Profession, while there will also be an in-game store to purchase weapons as in Counter-Strike.

Players will be able to use grappling hooks to ascend buildings, breaching charges, blow torches and many more utilities to achieve their goals, with each team getting faction-specific equipment.

There will be a full reveal of Battlefield Hardline during EA’s E3 2014 Press Conference.

Excited by the prospect of the Battlefield series straying from modern warfare?

How do you expect the heists to play out?

They would announce it as DLC for BF4 if this wasn't standalone.

Here is a trailer for it:
http://www.gamespot.com/articles/battlefield-hardline-video-leaks-online-shows-new-gameplay-footage/1100-6419910/

I think the video has some copy rights

So this is gonna be EA's version of Payday?

I wounder how the release will be

is it running on frostbite 3?

Why wouldn't it? Also, this game looks almost identical to Battlefield 4, graphic-wise.

So why does this have Battlefield in it's name?

Probably has game-play elements based on Battlefield and because it's a name that will attract more attention than a new one.

Wow, cool! Can't wait to see some footage or a trailer.

Even though I love Steam because of all its features, Origin isn't bad. It just does what it does: let you buy a game, download it, play it. Never had issues.

I think one of the main problems revolves around its multiplayer issues -- people sometimes have difficulty with the friends list, or joining multi-player games. Also the fact that it's much more convenient to have a single platform, rather than multiple.

Do you remember the time we used to buy the game cd and install it on our pc without needing to install "launchers" like steam and origin to play?
I miss that time...

So EA seen how well payday 2 had done, and wanted in. It does sound good though.

Not made by DICE but Visceral Games, counter strike meets payday meets the run. This might be rather good, weird 0.o

Its is made by Visceral Games together with DICE. As said in the trailer.

I don't really know how this is going to be. It could be interesting. But... You know... In game store of weapons... I don't like this part of course

Here we go, because we already got a title about robbing banks, everyone is going to compare the incomparable. Can you play as cops in Payday2?
Everyone, including me, don't know anything about this new title, so please, refrain yourselves from making early comparisons.
I'm looking forward for this title.

waste of time...would have been much smarter If they focused on fixing bf4 and making mirrors edge 2 ...nobody would complain.

I think it's what's needed to shake the series up a bit. BF4 was just an example of DICE standing still.

Besides, DICE is responsible for Mirrors Edge and BF4, so I'm sure they're at work on that themselves.

did you guys see the 7 minute video that leaked? If you have then you know that the entire game resembles much on operation metro and tight gameplay which turnes into a close quarters chaos and boredom...

I'll admit there are a couple of features and I like the car chase...but not nearly enough for me to pay another 50 $ for a game that will be optimised and actually play ready God knows when...

Visceral games is a different studio. Dice is developing bf4 not them.

This game might become a free to play game. I can tell because of stuff looking more like cartoon stuff.

If players play both sides it'll be an EA version of CS, hopefully on FB3 :P 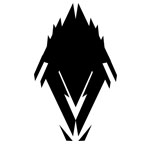 Hmmm, some of the ideas sound much to familiar.

please take your time,and don`t push it too early