Scheduled to launch yesterday, the Arena Commander has been delayed due to a number of unresolved bugs that the team at Cloud Imperium believed were too damaging to launch with…

"It would be foolish to release an unstable build, even if pre-alpha for the sake of meeting an internal deadline," wrote Star Citizen creator Chris Roberts . "This is the power of the crowdfunding that made Star Citizen possible: a publisher would make us ship tomorrow regardless of the current build quality… but as you are all focused on quality rather than a financial return for shareholders we are able to take a few more days to deliver something that is stable."

A number of critical bugs were still present in the current version of Star Citizen, including the camera being stuck looking up after respawns, lasers and ballistic fire occasionally being invisible, and the game crashing shortly after a missile lock.

For now the development team is going to provide daily updates until the Arena Commander update launches, in an effort to keep Kickstarter backers more informed.

Star Citizen recently announced that it had surpassed $44 million in crowd-sourced funding, making it the most successful Kickstarter to date. More than 450,000 have contributed to Star Citizen’s funding to date, and for those who haven’t an official release is expected in 2015.

Any GD’ers forked out for Kickstarter backing to gain early access, or would you rather than wait to see if Star Citizen is worth it?

Disappointed by the dogfighting delay?

“It does seem like fun, i love everything related to borderlands so i will prob play this as well ;P” - Manumunguia

The update you have all been waiting for

Only just heard about this game. Looks like it'd play amazingly on a multiple monitor setup. :O Gahahhah must upgrade and I can't wait for official release.

One of the best space simulation game with awesome dogfighting now is Star Conflict,you guys may not know it. 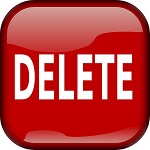 Just saw that there is a possibility it might be up as early as sometime on Monday.

One of the things I'm more exited about is AI, they are describing some really advanced stuff, hopefully just hopefully that will change AI in gaming.

One of the developers from Star Citizen said it should be a matter of days and not weeks when it comes to the actual release for Arena Commander/Dog Fighting Module.

That being said don't expect to run very high settings with 60+ FPS even if you have an i7 4770k with a crossfire or SLI setup. The game is essentially being made for hardware that is 2-3 years down the road.

Which is a great model in my opinion. Crysis did it and it blew everyone away.

I'm more excited for V2 and V3
I can't wait to run around an Idris!

It's not pay to win AT ALL. You should take the time to read about the business model. Also there's no winning per se and no leveling up, so pay to win doesn't apply.

Yeah I read something...my only concern is...well...if your ship gets blown up like 100% hull damage what next ? I would buy that 65$ pack with that cool little ship and 2000 credits...but if my ship get's blown up in multiplayer I must buy another ship or what ? Or it will just respawn ? (don't think so)
Oh and I hope I can run it at low-medium 60 + fps...

you can get ship insurance, so if you blow up you get your ship back, it's still pre alpha so this kind of stuff is not final, but they won't make you pay real money everytime you make a mistake or loose to annother player.

oh and I forgot, these prices, well... are not ship prices are pledges, at this point you will be supporting the game with money, if you are not interested untill you see the final game, wait and you'll get the ships for a much lower price.

at the moment it's very pay to win. pay $30 for the game and get a single fighter. pay $200 and get a multi-person heavy fighter. not pay to win at all.

its very early-access and they need money to develop the game so yeah .

You don't "buy" a ship dude, remember it's crowdfunding, so it's more of a pledge with a reward, do you really think it could be a business if they charged $200 for a ship? it's illogical. I take it you are not familiar with simulators...

I'd compare it to DCS, you pay for a ship/plane module. Furthermore, this is an alpha and if you can remember alphas and betas were used to test and polish a game, developers would pay people as testers to help them improve the game...

so don't take this as the final game, there's no "winning", you're being part of the developement process. When the game releases not only ship prices will have dropped a lot down to a commercial price but every ship will have it's pupose..

you wouldn't expect a learjet to beat an air superiority fighter, so why would you take a starter ship(cross betwin personal transport and small cargo transp.) against a starfighter?, this game is as much a simulator as it is an MMORPG.

Well yeah, I knew pretty much all of that...it's true I don't play simulator games but this one caught my interest...I played X3 Reunion and that is still one of my favourite games...it was so complex but in a week I learned almost all that could be learned (4 hours sleep/night, that was a crazy week :D ) ... I messed around with that script, spawned xenon and kha'ak ships...it was soo much fun :D

It sounds to me like you will enjoy this game. BTW I was talking to Ev1lm0nk3y64 about the simulartor thing and all that, no agro intended :)

I knew it. I was expecting this, but still cant wait.