There are already a few things that we know about the new Assassin's Creed game, so lets take a look at our list of some of the most interesting ones.

1. Assassin's Creed III will introduce a completely brand new character who is called Connor/Ratohnhake:ton (pronounced Ra-doon-ha-gay-doo). He has an English father and Native American mother. He is raised by the Mohawk tribe who, at some point, battle with colonists...

3. Wilderness will be a prety big aspect of the game, and you'll be able to climb trees and mountains. Also, you'll be able to hunt down wild animals, the higher level you are at this the better loot and materials you get. We presume this means nicer furs etc. The wilderness is known as "the Frontier" and it's about 1.5 times bigger than the enire map of Assassin's Creed Brotherhood. Because of this extra size there will be fast travelling available, of course this is probably only opened up once the location has been discovered by Connor in the first place. The Frontier is not going to be bare, but actually a third of the games missions will be found here, giving it more purpose than in previous AC's

5. Summer and winter seasons are both going to be present in the game. This will mean your character will be able to use the seasonal weather to his advantage in some cases. Different actions may be possible during summer whereas extra stealth options may be available during winter. For example, soldiers will move more slowly through snow and rivers will be frozen. This is an advantage for the player, because Connor can still use trees and wilderness during this time of year. The world will change as time passes, so where once a battle had happened could be just an empty encampment a few months later

6. Ubisofts engine, Anvil, is now upgraded to support more than a thousand soldiers in one battle. The previous version of the Anvil engine could only support a hundred people during one battle. Free running will be more fluid throughout all aspects of the game. From leaping on enemies and killing them and being able to leap off and carry on running all in one smooth motion. There is a huge amount of emphasis on how much more the character can move around in every part of the game. Another point given was that you can turn and sprint from combat instantly if required so that Connor is never too tied up in a situation.

7. Chain-Kills makes a return, but now you'll be able to do multiple takedowns and double counters. Counter and Defence buttons are now the same, while target locking has been removed. You will automatically lock onto your target

8. You can still buy and upgrade your armour and you'll be going into battle with two weapons. We have seen from the images that Connor often has a dual weapon setup with a hand axe and hunting knife, a bow slung across his shoulder and what looks like two one-shot muskets (so dual wielding guns?) that he will use as a secondary attack. [Let us know if you have spotted anything else, for example it looks like there is a clasp on the wrist part of one of his gloves where normally Assassins Creed assassins have their pop out knives, we speculate that this is actually a grappling hook to hoist Connor into the trees rapidly]

9. You can grab somebody to use him as a shield.

10. Suggestions are made that you will be able to gather additional fighters/assassins to your cause, as you did in Brotherhood

And finally, for all of those who have been wondering, Connor DOES have a hidden blade! A lot of this sounds like The Last of the Mohicans.
The game is apparently already in the final parts of development, possibly completed within the next few weeks and then Ubi will be fine tuning until the release period at the end of the year.
Let us know your thoughts about any of this, especially about the weapons and tricks Connor is likely to have at his disposal and you can click on the image to see it blown up 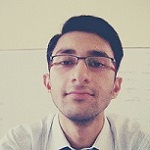 Something tells me this is going to be AWESOME!

EPIC. just by reading it makes me trembling :"D

want to play this !$%£ right now! :D Revelations was a big dissapointment QQ

This is a great bit of AC3 info.
Thanks Ronni