While Sony’s rapid-selling console is seriously lacking in exclusives during the coming months, Ryan believes that the combination of exclusive content and being the more powerful system makes the PlayStation 4 the go-to system for multiplatform releases. It’s an area where the PS3 has suffered over the last eight years, usurped by the ease of development for the Xbox 360…

Word of mouth is of course a powerful thing, and even people only mildly interested in the next-gen games consoles will have heard whispers of PlayStation 4 being the dominant console when it comes to brute strength.

While titles such as DriveClub, The Last of Us Remastered, Far Cry 4, and FIFA 15 will all help drive sales forward, Ryan believes it’s Bungie’s shooter that will having players running to game stores. During E3 Ryan claimed that the partnership between Activision and Sony was huge, saying the “intensity and depth that the two organizations are working at is something I’ve never seen before.”

We'll find out for ourselves soon enough whether Destiny is any sort of system seller as we're already closing in on Destiny's September 9th release, arriving on PS4, PS3, Xbox One, and Xbox 360.

To me considering that i'm seeing seriously no one that is hyped about Destiny, it feels to me that the Game will flop badly...especially considering that making it has costed 500 million dollars.

i love FPS games. also other genre too. but truth be told. only two FPS games are popular.

Call of duty, and Battlefield! hardline, battlefront, BF4 or ghost, black ops, advanced warfare whatever. only these survive rest die down fast. 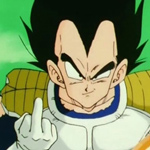 After what Watch Dogs did. I'll can never get hyped up for a new IP ever again.

Well, at least he has confidence...

I think I'd rather save my money and by a second graphics card, and wait for The Witcher 3. Can't say I have much interest in Destiny at all.

hmmmm not so sure about that :/