Ubisoft CEO Yves Guillemot has claimed that Ubisoft is renewing its focus on its best-selling franchises and reducing the number of new IPs and risky products.

While the recently released Watch Dogs became the bestselling new IP of all time, it appears Ubisoft doesn't intend to make this a trend. Guillemot admitted that new brands and fresh ideas are needed to become one of the biggest publishers in the world, but once they have reached a certain level they will be focusing on their current franchises rather than investigating new opportunities…

While Ubisoft has been busying itself in recent years creating new niche titles such as Child of Light and Valiant Hearts using smaller development teams, the risk-taking seen in launching a huge new franchise such as Watch Dogs will become a rarer sight. “On the big brands, we won't be creating too many more,” Guillemot said. For now at least, it seems that new brands will not be a priority while the current ones are still raking in record sales, with Ubisoft instead choosing to focus on the current success of series such as Far Cry, Assassin’s Creed, and Watch Dogs.

Of particular note was Guillemot’s admission that over the last few years as many as six games that were in development at Ubisoft have been cancelled after being deemed too “risky”. This is obviously the state of play at a number of studios but it is indicative of the AAA malaise we find ourselves in.

The biggest question now is would you prefer Ubisoft to work on new franchises or are you perfectly happy with them revising and improving their current games? Is this attitude damaging to creativity or can the sequels themselves be inventive? As always, be sure to let us know! 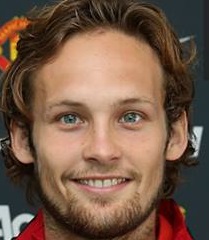 pretty sure if given the chance half of ppl who bought watch dogs would go for the money they wasted for this game..

can anyone explain to me? what is IP? 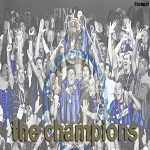 I think, don't quote me on this, but I think it's when a brand new game, not a sequel to anything etc. is being made. Like for example, LA Noire, Watch Dogs, Sleeping Dogs etc. Those games if I'm not mistaken aren't a sequel, they're brand new. There might be a more technical meaning but that's what I understand.

The technical meaning of IP is intellectual Property...Basically an intellectual property is classified as any individual franchise or series in gaming. Super Mario Bros. is an IP. Halo is an IP. God Of War is an IP. Anytime a new game comes out that is unique in that no other game has been release in that series you will hear people call it a "new IP."

So what happened with Prince of Persia? Since it's not technically a new IP...

They didn't develop South Park they only published it. It's not up to them to make a sequel. There could be another South Park game whether Ubisoft have anything to do with it or not.

They can't milk the same franchises forever. They MUST make new ones at some point.

What was the "Secret Game's" title they were going to announce at E3?

i hope we will get a new Rayman game

Why are you guys using the term "IP" like everyone knows what it means? What does it even mean? I'm quite convinced it has nothing to do with network addresses.

Its short for Intellectual Property friend. :)

Not with network adresses in this context. It means 'Intellectual Property'.

Well, focusing on their already known franchises is much better than spamming the market with games of low quality or even releasing new great IPs while letting older ones fall. They already have great titles. Assassin's Creed and its unique gamestyle. Watch Dogs and its GTA style. Splinter Cell as a stealth shooter. Ghost Recon as a squad shooter. The Crew as a racing open world. The Division, a whole new concept of open world multiplayer. I guess they only need to invest in a new RPG Fantasy like The Witcher or Dragon Age and they will already have most famous game genres in their pockets.

Meh, I'm completely fine with this. They've got good games and I hope their film plans go well, too!

Well i hope ubi have some plans for Prince of persia :p

Yeah, now that'd be great.
Shame they didn't show anything at E3.

Yeah me 2 here....and Hope they OPTIMISE games in the future....

Well as long as these titles are 8 and above games, I'm fine with it.