If you are a regular visitor to Game-Debate you will know that we often find ourselves explaining, games like Battlefield 3 may go on about being system breakers but when the same game is also coming out on console, you can bet your bottom dollar [ed. do they still say that?] any 6 year old machine will run it. So they throw around the high system specs and scare gamers on the lead up but really...pah.

When a game comes along like Gas Guzzlers, sporting super slick graphical goodness, rivaling any modern day car simulator, and they throw down some seriously heavy min and rec system requirements, while telling you it is a PC exclusive, you should gulp. Racing simulation games are traditionally well known for their pin point accurate graphics and physics, whereas Gas Guzzlers: Combat Carnage, to give you its full title, also throws in....thats right, massive guns bolted to the side of your vehicle and keeps a 3rd person perspective so you can check out the carnage as it happens. Lets take a look at these hefty Gas Guzzler system requirements...

CPU: Core i5 or Equivalent AMD

The guys over at Gamepires sent this exclusive info through along with the release date, that up until now was unknown. Gas Guzzlers Combat Carnage release date is 25 April 2012 and available via digital distribution services like Origin.

So guys if you are one of those people who are confident in your middle to upper tier gaming machines and want to really see its worth well now you have the Gas Guzzler challenge. Is your machine up to it? We will be very interested to hear your thoughts on the GG Combat Carnage system requirements and of course once you play the game on your rig report back with your frames per second ratings here

Note: We have made a few tiny adjustments to our published minimum requirements based on some analysis of the demo. 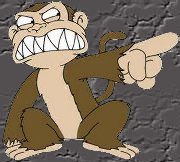 Looks like it could be a really good game! I will definetely try that out :)

I just hope that i can run this game. :(

I think you probably could run it :)