Ahh the summer drought. That time of year where AAA execs are jetting off to the Maldives, driving about Europe in the Bugattis, and whatever else they might get up to. The time of year where devs are no doubt cooped up in studios around the world trying to polish titles for the Fall release period.

What that means for us gamers is that there’s something of a lull in big game releases, however, and we have to sniff around more carefully for new things to play. With that in mind, we’ve come up with some suggestions...

Summer sales are basically an excuse to completely lose your head and buy a whole bunch of stuff, much of which you probably don’t need or even want, but it was 90% off. You’ve now got months to play all the titles you’ve backlogged in the last year, so make use of it.

Sure, there might not be much in the way of big games out in July, but you know when there’s a TONNE of big games out? October. And a lot of them are sequels and new entries in a franchise; Borderlands: The Pre-Sequel, Dragon Age: Inquisition, and - looking further ahead to next year - The Witcher 3. This is the perfect time to get into playing (or replaying) earlier games in these franchises to help hype you for new releases. The Witcher 2’s 30 hour campaign should keep you entertained for a good few days, whilst the first two Dragon Age games rack up to over 40 hours in total even without their copious DLC additions. 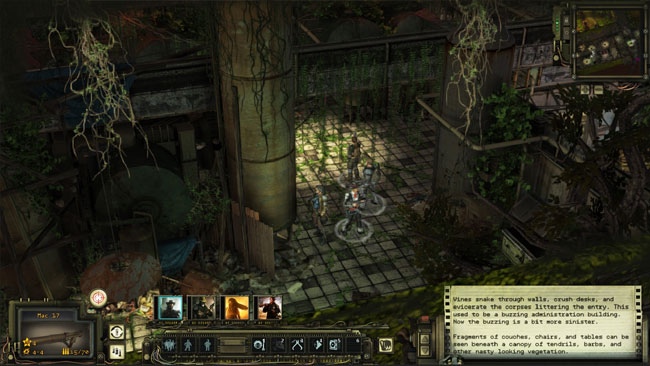 There’s a load of beta testing underway right now for end of the year releases, so if you don’t mind a little less polish in your game you can always test out titles before you buy. Destiny’s beta starts next week, whilst the PC closed beta of The Crew begins on July 23rd. Wasteland 2’s beta is nearing completion now as it inches towards launch, and latest WoW expansion Warlords Of Draenor is also accepting MMO enthusiasts for beta testing.

If your wallets on the slim side, you can always check out Jon’s article on the best free-to-play games out there for some gaming fun at no cost.

Or if you want something new…

If you like your Summer gaming a little more co-operative, Sacred 3 might be one to give a try when it comes out on August 1st. The arcade hack 'n' slash features drop-in, drop-out co-op multiplayer both online and local, so there's plenty of opportunity to get involved with friends.

The third installment in the Risen series will return to the medieval setting of the first Risen, and is available from August 12th in North America and August 15th in other regions. 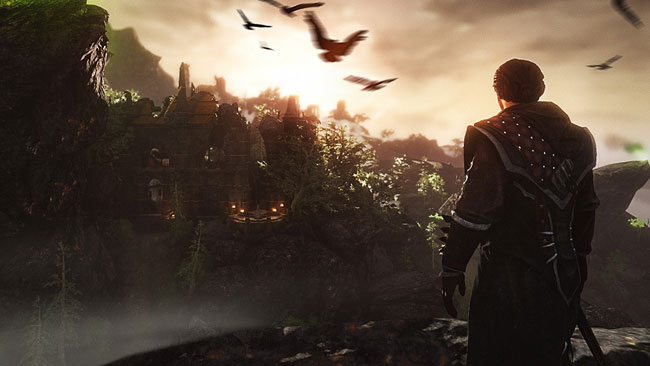 I don’t know about anyone else, but if someone had tried telling me how deeply emotional a game in which you played a badger could be before I played Shelter, I’d have laughed. This time around, you’re a mother lynx, and we’re betting this will be the best lynx-based game of the summer.

A new title from Rock of Ages and Zeno Clash devs ACE Team, Abyss Odyssey is a side-scrolling beat ‘em up with procedurally generated levels all in ACE’s distinctive and lurid art style. It's out this coming week, so you might want to give it a try if you liked the studio's earlier games.

the Metro series got a facelift, and you can get hold of the prettified and gameplay-improved titles when they launch on August 28th.

Of course, there’s also a huge number of little-known indie titles launching over the next couple of months, so you could always give them a go if you want to try something a little different. I’ve personally got my

What will you be playing, buying and redoing in the Summer months? Which games do you have that you haven’t yet got stuck into? Let us know what you’re up to this summer in the discussion area!

Summer Simulator 2014. You go on holiday and outdoors and stuff.

You are supposed to do that, outside without your pc :-d

but if you don't have money? :P

When I was poor teenager I spent my holidays on road, walking
You pay only for food thats all and Greece, such beautiful country, so much to see, so many places to visit, just do not waste summer

I was considering doing a 200km road trip with a bicycle during this summer, would be a cool experience at least.

Divinity original sin damn that game is addicting and endless.

I Jjust got the most epic idea for a game !!!
SWIMMING SIMULATOR xD

I would seriously like a game like that, especially if it would feature deep sea diving. Crysis already is a decent swimming simulator actually, but i would like to have more different swimming environments.

oh your comment just gave me an idea for a story
Jack Daniel (just the first thing that came to mind) has nothing else to live for, he got dumped, fired from his job and his family hates him, just when he thought things cant go any more wrong he ends up homeless as his apartment catches fire and burns down his whole building, drowned by his massive debt thanks his gambling habbits, he decides to end everything.He says his goodbyes to life and decided to go out quietly.blah blah blah, he jumps from a bridge to the cold ocean.....
as he meets the cold winter sea, he starts to look back on his life, and satisfied he closes his eyes and lets the darkness in...
but for some reason he opened his eyes
and
(more stuff )
and finally he decides to buy a boat and go on the ocean and live his life swimming, catching fish and deep sea diving
got bored at the end there, so didnt write anymore

I have played FC3, it also was a good swimming game, but for some reason i enjoyed swimming in Crysis more.

Well i just got into Heroes of the Storm Alpha, so i may do some testing here and there, and waiting for new Dragon Age while playing old ones.

I've signed up but they didn't let me in though :(

I waited good few months for this, to be honest i forgot i applied for alpha. I was not expecting to get access, they should sent another wave soon, so maybe you will get it this time.

Hmmm, I've got August off so I'll be playing DA Origins and maybe the second one too whilst I wait for Inquisition, I'll also be playing Wasteland 2 and maybe purchase Sacred 3 and/or Divinity Original sin :)

Unturned looks like a good game if you don't mind the simple graphics and the fact that it is in Alpha. The dev is nice and it has an update almost everyday. If I already played more than 15 hours in 3 days, it means it's good, trust me. Otherwise, I don't have a lot of games that I could recommend in the F2P section, I'm still waiting to be contacted for a lot of betas/alphas, wait and see. TF2 is always a must in the FPS genre and had an update a week or two ago.

I would love some real diving simulator. I have been playing Crysis 1 lately, only been diving around. I have some kind of fetish for diving in videogames...

What if he really means diving?

We are all fetishists (I love open world game, playing a crazy serial killer (but in a stealth way) only killing women). Here's my hand, handcuffs please.

Only killing women the f#ck ? :DDD

I'd like to kill women. While diving. So magical.

True, when I get game that has water in it, the first thing i do is try to go swimming.