For many, Defense Grid is something of a gold standard in the tower defence genre, and fans of the franchise will no doubt be excited by its Kickstarter-backed sequel slated to launch this September for PC.

The great news for those with much lower end rigs is that the graphics requirements for this title are pretty minimal, meaning you should have little issue running this so long as your graphics are DX 10 compatible. We've looked over the full list of minimum system requirements to get the full picture of the kind of rig you'll need...

The good news is it really shouldn't be hard for anyone with a dual core processor and 3GB RAM to run this, as the GPU requirements are pretty tiny. You will need a DX 10 compatible card minimum, but the game requires just a GeForce 8600 GT to run or Radeon HD 3650. It also looks like it's pretty supremely optimized for those running Intel Integrated graphics, as the tower defence game will get going on just Intel HD 2500 graphics; pretty handy if you're running an older laptop i3 processor without the benefit of HD 4000 series graphics on board.

It's not just low-end rigs that are being catered for, either. As well as being suited to the older PC, Defense Grid 2 is also compatible with Mac and Linux SteamOS, so it looks like many of us should be able to get our fill of tower defense thrills come September.

Did you play Defense Grid: The Awakening? Are you excited for Defense Grid 2 come September? Let us know what you think by leaving a comment.

havent played its older part but will try this one :)

Why does it need 3 GB of RAM if it only needs 2 GB of HDD space?

I realise this but if there is only 2 GB of game what is the other GB for? It must be a typo because 2 GB is too small for a game with this kind of graphics.

It is not a typo, These requirements are official as stated by the developer. You can check on Steam.
Edit: Hard Disk space being taken has no relation to the RAM the application uses. 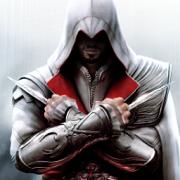 one of the most immersive i have played

Is this game any good ?
i got it for free some time ago :/ 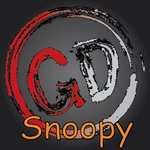