Hearthstone: Curse Of Naxxramas Single-Player Mode Available From Next Week

We’ve known about Hearthstone: Heroes of Warcraft’s first single-player expansion Curse of Naxxramas for a while now, but it seems the campaign now has a firm release date.

The good news is you won’t have to wait long to get your mitts on this “Hearthstone Adventure”, which will see players battling AI opponents instead of other players in this highly popular CCG title. The first part of the campaign is free for a month post-launch, so you can try it out if you’re quick without parting with any cash or in-game gold…

According to Blizzard’s Battle.net, Hearthstone: Curse of Naxxramas will be going live in the Americas next week on June 22nd, whilst Europe, Australia and New Zealand will get the content on the following day; June 23rd. The dates are cross-platform, so you’ll be able to join in whether you’re playing on Mac, PC or iOS.

The campaign will be divided into five “wings” launched at a rate of one per week. Whilst the first is free for a month after launch, the other four must be paid with using real cash or in-game gold. Each wing costs €5.99/ £4.99 or 700 gold, but there are a wealth of other purchasing options available. Check the expandable image in the corner of this article for the full bundle pricing list.

Are you hyped for single player campaign Hearthstone? Will you be making use of the free one month first campaign? Tell us what you think. 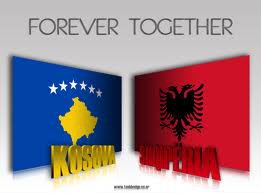 i think they misunderstand what it means a free to play game, a fee so big in gold about 700 each part for a total of 3500 is a bit too much since to make that kind of fee you will have to work daily at least for 2-3 month in a row for about 4 hours a day. For someone who works and study too this is impossible and will have to buy it all if interested.