Capcom is working on a Resident Evil REmake HD, remastering the Gamecube-exclusive remake of the original Resident Evil with enhanced visuals, sound and story elements. I’ll give you a moment just to wrap your head around the concept of a remake of a remake.

Resident Evil HD Remaster will be coming to PC, PS4, PS3, Xbox One, and Xbox 360. For those who haven’t played the original 1996 Resident Evil, or Biohazard as it’s known in Japan, it centers on series' stalwarts Jill Valentine and Chris Redfield, members of the elite S.T.A.R.S. task force who find themselves trapped in a zombie-infested mansion on the outskirts of Raccoon City.

Resident Evil on Gamecube was an enhanced port of the PlayStation original, adding a few new features such as the terrifying red-headed zombies and a new difficulty mode, as well as spruced up graphics. The use of pre-rendered backgrounds however meant Resident Evil couldn’t be up-ressed, so the Resident Evil remake will need to be remade from the ground up with new textures and backgrounds.

While Resident Evil HD is largely expected to be a straight remake of the original, Capcom has announced that there will be new story details, gameplay elements and even environments for this bloodthirsty trip down memory lane.

Capcom has said that the PC and current-gen versions of Resident Evil Remastered will be playable in full 1080p, while players will be able to choose between the classic 4:3 ratio of the original or new 16:9 widescreen. As well this this there will be a choice of control styles, which should come as a relief to many.

Resident Evil HD is expected in early 2015 for PC, PS4, PS3, Xbox One, and Xbox 360. Are you eager to pick up this classic slice of survival horror history once more? Or will this be your first steps into the game that started it all? Open the door slowly and head on down to the comments below!

Personally they felt like arcade shoot-em-ups with loads of ammo and lots of saves/checkpoints ... the originals had scare ammo and not forgetting the Ink Ribbons, what survival horror should be, darker theme too ..... and I didn't like the tentacles that sprouted from the zombies to whip you .... what was that all about haha :)

@Roley4498@ AND THAT DAMN TYPEWRITER ICONS AT CHECKPOINTS!!!

and that 6 logo looks like a giraffe getting a BJ, no joke check it out

well I kinda enjoyed re5 as well, raccoon city on the other hand was a complete mess.
re5 leans best on re4 which I liked alot.

Excuse me I need to change my pants....

Resident Evil 2 Reborn HD for PC Not sure how legit it is as I've only just spotted it.

That's good enough for me, it's a classic and I'm a big fan of the 2D environments they used to use back then :)

i think they were underfunded :(

Will be picking this up it is a classic game

Personally, I almost consider Remake to be my favorite game (I say almost, because I loved 0, 2, 4...ugh I have a hard time choosing). Ill get it if honestly.

that's like the third remake of this game?
A remake of a remake; remakeception

I cant wait to get back to that mansion! a real shame capcom had to turn the series in to poop.. 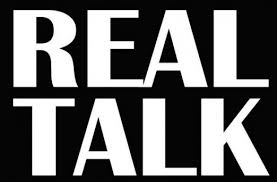 Oh man, i was giving up on capom, faith is getting restored! hope RE2 and RE3 remakes folow up

Earlier this year I had a chance to experience RE 4 Ultimate HD Edition for the PC and now another HD remake is announced of classic RE game for the PC as well. I must be dreaming. Imagine if they decide to remake 2 and 3 also.

There is a resident evil 2 remake but it's not being made by capcom only by a small developer company. Which is kinda good because since they don't own the rights they can not make profit off of it so it will be free.

I wonder if Capcom is doing this to see if there is still interest in the Old Resident Evil formula. If its a big enough success they may remake 2 and 3 finally XD I would love that!! I wonder if they will finally add the official ending.

I'm so sick of all these HD remakes lol 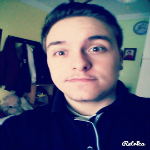 Remake of a remake lol. Oh Capcom, you're really fresh out of ideas are you?

even better RE3 remake with nemesis in full HD!

when did nemesis have a Minigun? Never!

and how he killed brad vickers! and S.T.A.R.S! oh i wish i could have played that game on release date

some guy was selling a couple of games and i bought RE3 from him when i was 10 and i remember nemesis being a dick, he kept throwing me around and killing me!

yeah, gameplay was the best of the 3, and it had the best atmosphere imo

WOAH! Go easy on the spoilers...

Don't worry Tero we were talking about early game stuff

I know that, Ogman, since I've finished the game but if someone would have told me the beginning of The Last Of Us, I would have seriously killed him/her :D
And it doesn't matter how old the game is, some haven't even played Fallout 2 (!!!!) ^_^

I have fallout 2 on steam. Barely played though.
It just sits there in my library, doing nothing.
Every time I'm bored, I look it over and go: "Should I? Nah" 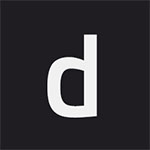 Oh it's coming for PC too? That's quite great. I hope it'll be awesome.