Gamescom has become Europe's answer to E3, growing in might year on year to stand head and shoulders with LA's titanic event. Unlike the Titanic this is one ship that isn't sinking, as Cologne, Germany plays host to hundreds upon hundreds of game development studios at Europe's biggest gaming event.

All the big boys are there, ranging from Valve to Deep Silver, Square Enix, and Ubisoft, while Sony, Microsoft and EA are even running their own pre-show press conferences sure to be packed to the rafters with brand new trailers and reveals. It's going to be a jam packed week when it commences on Tuesday, and we'll be bringing you the latest and greatest news right here on Game Debate. Before it gets started though, here's a look at the gamescom 2014 lineup and schedule, with full previews and predictions of what to expect.

Microsoft’s up first this year at gamescom, delivering a press conference at 1pm BST on Tuesday, August 12th. The conference is of course expected to be heavily reliant on its Xbox One line up, with Call of Duty: Advanced Warfare’s multiplayer getting a debut run out in the stage show. With the holiday period just around the corner we’d expect to see some extended looks at Halo: The Master Chief Collection, Forza Horizon 2, Sunset Overdrive, and some third-party goodies. Ooh and possibly Fable Legends.

Microsoft has also sent word out that there will be big surprises in store for its live show, which in our book means new games. Many of the games revealed at its E3 2014 press conference are likely too early in development to be shown any further, but of course we’re keeping a beady eye out for any Rare-related news. The rumour mill has also been abuzz that gamescom is the time and place to announce an official price drop for the Xbox One, so keep your eyes peeled for that.

Once more Sony will be locking horns with Microsoft, in time-honoured tradition following up right behind its American competitor with a press conference that’s sure to get pulses racing. Scheduled to kick off at 6pm BST on Tuesday, August 12th, Sony’s press conference is just days away from the arrival of DriveClub and Destiny. DriveClub didn’t even get a look-in during the E3 press conference, so we’d expect Sony to make a big deal out of it for the European petrolheads.

Sony’s holiday exclusives lineup is looking a little sparse, with cross-platform title LittleBigPlanet 3 and possibly Until Dawn all there really is to crow about for PlayStation 4. Luckily third-party support is stronger than ever, while a greater look at some of 2015’s most anticipated games is surely on the cards. Expect plenty of The Order: 1886 and a barrel-load of Bloodborne, while the hotly tipped Everybodys Gone to the Rapture is due a shout out. 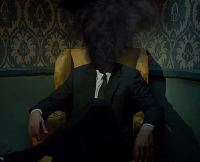 EA will be holding a press conference live from gamescom 2014 on Wednesday August 13th beginning 9am BST. Expect to get some in-depth looks at The Sims 4, FIFA 15, Battlefield Hardline, Dragon Age: Inquisition, and Dawngate. As well as this we’re hopeful EA will have a bit more to show in regards to Star Wars Battlefront and the Mirror’s Edge sequel, although we’d say it’s still a little early to get any more concrete info on Mass Effect 4. Oh and of course, how could we forget, BioWare will be on hand to show if its brand new IP which it’s been teasing for weeks on end. All signs indicate it’s called Shadow Realms, and it looks to possibly be a horror-themed modern RPG.

Ubisoft has already officially detailed its gamescom lineup this year, where it will allow attendees to get hands on with Assassin’s Creed Unity, Assassin’s Creed Rogue, The Division, Just Dance 2015, Just Dance Now, The Settlers: Kingdom of Anteria, Shape Up, Far Cry 4, and finally The Crew. There’s no press conference to speak of from Ubisoft, but the French outfit has gone on record to say there will be new, currently unannounced titles shown for the first time at gamescom 2014. What platforms these are on is unknown, but at least one will be announced for PC.

Valve has confirmed it will be touting the latest version of its Steam Controller at gamescom, with the very first Steam Machines due in just a matter of months. Complications with SteamOS have meant that won’t be arriving until 2015, although we wouldn’t be surprised if Valve had a little something else to get excited about when gamescom rolls around. Recent rumours indicate Valve has quietly rolled out an early version of its much sought after Source 2 engine, so gamers will undoubtedly be keen for a bit more info on this.

Konami have been a little quiet in recent months, other than the promising Metal Gear Solid V: Ground Zeros, but that looks set to change soon. Its ever-present Pro Evolution series will finally be making the leap to the next-gen with Pro Evo 2015, which will be one of our first looks at how it hopes to wrestle the footballing crown off long-time champion FIFA. Elsewhere Metal Gear Solid V: The Phantom Pain will once again be making an appearance, which hopefully won’t be behind closed doors like E3. In truth we’re not actually too far away from Phantom Pain’s expected 2015 launch, so it’s about time we found out what’s up next for Big Boss.

In the absence of any new reveals Square Enix is going to be a little quiet at gamescom this year. Lara Croft and the Temple of Osiris is expected to be playable in some form on the show floor for the first time, while the F2P Nosgoth will get a presence, as will a new PvP mode for Final Fantasy XIV: A Realm Reborn which, as it happens, is currently available to play for two weeks free on PC. Beyond that it’s just its 3DS rhythm game sequel Theatrhythm Final Fantasy: Curtain Call, and upcoming HD remake Kingdom Hearts 2.5 Remix. 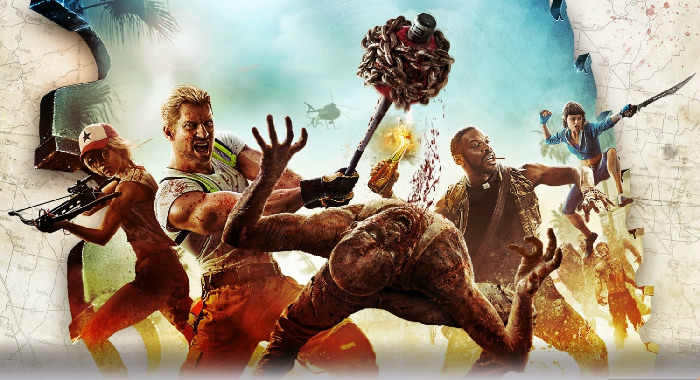 The rapidly expanding Deep Silver will be getting a big look-in at gamescom. Despite not hosting a press conference it will have more than 150 gaming stations showing off the likes of Dead Island 2, Dead Island: Epidemic, Escape Dead Island, Metro Redux, Risen 3: Titan Lords, Sacred 3, and Emergency 5. That’s a faintly ridiculous number of Dead Island titles but Dead Island 2 will at least be playable for the first time ever at gamescom. So far all we’ve seen of it is the comedy trailer released at E3, so this could prove interesting. Deep Silver owner Koch Media’s Germanic roots means this could also be the time and place for a game reveal, so keep an eye out for the likes of Saints Row V in either Microsoft’s or Sony’s press conferences. Pure speculation there mnd, but we love a good surprise.

A staggering 297 exhibitors have been confirmed to appear at gamescom 2014, and that’s just gaming, with many more covering hardware and peripherals, game development, training, merchandising and more. And Nestle if you fancy a hot chocolate. Of course keep your eyes trained on Game Debate throughout the week for all the biggest news and trailers coming out of gamescom 2014!

wonder if Microsoft shows off their next Windows :P

yeah, i am curious about it too. But since its about gaming, so, i doubt it.

...and a lot more great PC games are coming, yeah i'm looking at you Halo and AC: Rogue !!!

Where can I watch GS14 online?

This is what I hope (and hope being the key word) comes out of gamescom:

and something from Bethesda - Dishonored 2 or Fallout 4 would be awesome.

Pfft, all those IPs sucks, who wants those games anyway?
We ALL know what game, we, master-race-ultimate-elite-system are waiting for... ..

Sorry not played Ricochet, gotta admit a next gen Half Life 3 would be pretty sweet :) 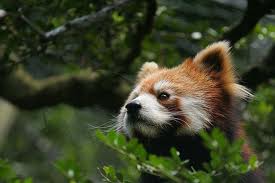 Looking forward for all those titles, but I'm most psyched for for the halo collection ;)

Halo is the one game I miss most on the Xbox. Just hope one day it makes the jump to PC.

Its a bit sad that the only game game that I'm truly excited for this year is a re-release of a last gen game, the legendary Grand Theft Auto 5. I hope that AC Unity and Dragon age are good and surprise me. Where is the meat? I want games like fallout 4, mass effect, dishonored 2, the elder scrolls, deus ex etc

Looking forward for the Ubisoft "conference"! they left me hyped at the E3, i really want to know more about Far Cry 4!

Come on somebody. Reveal The Agent. But it aint happening I guess.

I've been aware of that game back when I had a ps2. Hopefully it comes to fruition, A good secret agent game is exactly what this current gen needs :)

It would be nice if Master Chief collection and Tekken 7 were coming to PC. I'll buy an Xbone if I have to though. It's a damn fine piece of gaming machinery. But if I don't have to spend extra money, the better.

And of course, Take Two and/or Rockstar Games, whom might drop some info/trailer about GTA V on PC (hopefully PC, we already got a "next-gen" trailer, a PC one would be awesome), and all of this outside of Gamescom.

After the E3 Conference, Rockstar confirmed Xbox One, PS4, and PC, so I guess it's confirmed, but yeah, another trailer would be nice.

It is confirmed, but "Fall" isn't enough, and we (at least the PC community) want a release date ASAP. The fact that it's been ONE MONTH with silence is actually bad. The more they stay silent, the more late the game will be released. We actually found out that they've been actively testing the game on PC for the last 2 weeks, and even played it on Steam (they still are, RIGHT NOW!)

Better optimize it well than hurry i dont want another GTA IV.

We all do, but I don't want to wait 2 years (figuratively speaking)
It must come out in a reasonable time-period

@Larppa666 There's evidences that the PC version was developed ALONG SIDE the already-released versions, which would mean it is not port. They learned their lesson since GTA IV, GTA IV was their first RAGE title. There is actually no reason the game should be unoptimized.