Deep Silver has revealed the world’s first gameplay footage of Dead Island 2, the bloodthirsty new title in the Dead Island series. The island paradises-turned-waking nightmares of the first two titles in the series have been dropped for a trip to Hollywood, as the zombie virus infects mainland USA.

This pre-alpha gameplay footage seems to have one thing on its mind and that’s spilling insane levels of claret, as you and up to seven other players fry ‘em, slice ‘em, shock ‘em, chop ‘em, and, in general, treat them like the hordes of meaty piñatas they are.

Spec Ops: The Line creators Yager have taken the reins of the series for the first time, as Dead Island 2 picks up several months after the events that tore apart Banoi islands. The US military has put California under full quarantine, and it’s up to you to make the best of a bad situation, turning this sun-filled prison into a bloody paradise.

Dead Island 2 is scheduled to release in Spring of 2015 for PC, PlayStation 4, and Xbox One. If you can’t get enough of Dead Island in the meantime, Deep Silver is also releasing Escape Dead Island later this year, an adventure game spin-off developed by Fatshark for PC, PlayStation 3, and Xbox 360. What do you think of the gory new trailer? Is it a case of zombie overkill with three Dead Island games and Dying Light in the works, or can you not get enough? Smash your way down to the comments below and let us know!

Pre-order now can get free ketchup.

I wonder which one will be better this or dying light

At least to me this kinda looks better.

is it just me or does this feel like a crappy game.

You aren't alone. Every zombies game I've ever played felt extremely lacking in the difficulty department and gameplay.

looking forward to both this and killing floor 2 ^^

Looking damn awesome! If it'll seriously be as fun as it looks i'll buy it with full price...but this time i'm waiting for reviews. DI1 was a real disappointment. 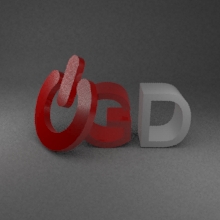 first word on my mind....BRUTAL.

i like dead island series but i just want to make the weapons more deadlier and i hate the leveling system of the zombies,you level up the zombies level up (personally i don't like it)and please headshot=a Dead Zombie and guns are soooo weak

and i want more emotions,i feel like they have no bodylanguage at all 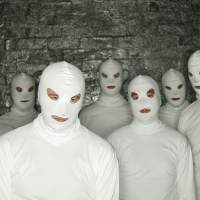 Well, this seems like fun. It's made by Yager too :) Waiting for the kick-in-the-balls depression Spec Ops delivered to kick in midway through a zombie massacre :)

That's awesome! The Dead Island series is way underrated.
Also, there is no "zombie overkill"; people say there's too much games about zombies, but how much are actual GOOD games? Not so many.

Yea, i have nothing against good quality Zed games, no matter how many there are :D

Zombies are way more dangerous in the Dead Island series.

They don't look like it in the trailer, but Deep Silver does have a record of misleading trailers.

In Dead Rising, you got hundred of them, slowly walking and doing almost no damage. In Dead Island, you can get outnumbered quite easily, and with 3-5 hits, you'll be in the "red". There's also quite a lot of "special" zombies dealing even more damage. Of course you can still run and smash quite easily, but there's always a risk. Of course, if people play in the lowest difficulty, then it's a piece of pie.

Well they should have shown more gameplay.

Take a look at Dead Island then.

I have played both, and it didn't look as arcady as this.