Paradox Interactive has announced Cities: Skylines, the next title from the Cities in Motion creators Colossal Order. Inviting you to create the city of your dreams, Cities: Skylines gives you total control over a huge landscape, allowing you to sculpt your own sprawling metropolis from tiny beginnings.

Developed entirely around sandbox play, in Cities: Skylines you can control every single aspect of your city, from political policies, taxation, road building, to zoning, public transport, and utility services, everything is under your total control. Whereas Cities in Motion and its sequel were restricted to management of public transportation, here the shackles are taken to off to allow the true breadth of town-planning and management with endless possibilities.

Much of the criticism of EA’s SimCity last year was directed at its small maps, but Colossal Order claims to be staying true to its name by offering massive maps with extensive mod support built in. This expands to neighbouring cities, where commerce links can be set up allowing trade routes that can help your commercial districts flourish in the long-run.

Cities: Skylines is scheduled for a pretty vague 2015 release date as it stands, exclusively on PC. We’ll be sure to bring you more news as we hear it. Donning your mayoral garb in anticipation? On the hunt for a new city-building sim after the disappointment of SimCity? Take a bus down to the comments and let us know!

damn this looks good. It basically looks like what Simcity 5 was MEANT to be. 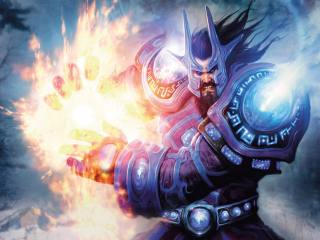 I was a fan of Simcity 4. Simcity 5 ruined everything - even after the offline patch, steep sys reqs and small cities were not my interests
Cities: Skylines seem to be promising

SimCity was good (Not Great), I hope this will be better....

"Play offline" I see what you did there xD

Yeah was just gonna point that out LOLOL

Oooh, looks so much like Cities XL!
Please god, make this a good game. I need a good city simulation game badly :'(