EA Expects To Make A Billion Dollars From DLC This Year

EA is expected to generate a mind-boggling amount of revenue from its DLC, if recent reports are to be believed. In a statement made to Bloomberg, an EA spokesperson stated that this additional content would rack up somewhere in the region of $1 billion if sales go according to plan.

Of course, 2014 will be a pretty DLC-heavy year this year. As well as the always lucrative Madden series of games, The Sims 4 is also launching next month, and will undoubtedly be followed by its usual raft of expansion packs.

It is Madden, however, that is really expected to ring in the big bucks for EA. Analyst firm Cowen & Co said that Madden NFL 15 could generate over $350 million by itself once cover charges and DLC are combined, whilst another financial analyst stated than margins on Madden are “through the roof” and that this game aspect could raise $50 million alone.

Quarterly revenue on the American football franchise has also skyrocketed, according to EA. It’s up an insane 350% year-on-year for the quarter ending in June. Making up the rest of this estimated billion dollars of revenue we’ve got the rest of EA’s hefty catalogue for the year. It’s a pretty busy year for the publisher; as well as all its annual sports releases including EA Sports UFC, NHL 15 and FIFA 15, we’ve got Dragon Age: Inquisition, Titanfall - another big DLC profit maker - The Sims 4 and Plants vs. Zombies: Garden Warfare. Of course, there’s also all the DLC from older EA games and the ongoing profit from that.

Taking this into account, it’s hardly surprising that the publishing giant expects to rack up a billion in add-on content for 2015. What do you think of EA’s huge DLC profits? Do you think games these days come with too many add-ons, or is it nice to have the option of extra downloadable content for a small fee? Let us know what you think.

I don't mind paying for DLC if it's tasteful. (Content created after the game's release and is reasonably priced.)

When they have day one priced DLC, that's blatantly obvious they're trying to milk us.

That's why I liked Tekken. Characters and stages were free, get music from older games for cheap.

ubi dont rip their customers but still make a lot of profit,hopefully enough to upgrade their servers ;) [wink]

They'd actually save money if they killed off Uplay altogether...

Implying Uplay does a single thing to stop piracy. Seriously.

We all have those moments, but seriously Uplay doesn't stop piracy look it up.

dont bother to upgrade their server, the name changes system on Uplay still hasn't finish yet, they said in the last 2 years until now -_-

I simply don't buy these incomplete games, instead wait for the developers to offer the entire set.

Anyone would get a lot of money from DLCs if they released a ludicrous amount of them. 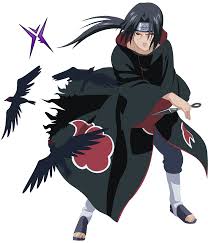 F!ck the DLC's,i say that they need to be forbidden by country's law.

yeah!! if u meet with someone that has full DLC u might jealous n they beat u up ^_^

Not because of that,but games are expensive and you spend 50 pounds on a game then you see dlc's and makes me annoying and then im starting to ask myself is that game actually worth 50 Â£ since it's not complete,it's like a demo version for money.

Completely agree, i want to go back to the days of when you could just buy a complete game, and then about 9 months later an 'expansion pack' which would give you some extra stuff.

Not like today where if I preorder Ass Creed Unity i will get EXCLUSIVE PANTS THAT MAKE ME GO FASTER!!!1!1!!

Of course they do. And how is that gonna be done? Duh, by ripping off the customer. As usual.

u know on Origin if u buy game u can get ur money back if dont like the game...

Noted. I actually had no idea. Thanks.

EA is going to screw up these games at launch like they did with Battlefield 4 because of DLC's.

IIRC, wasn't the failure of BF4 because they rushed Dice to try and beat COD which ended up giving them a broken game at launch?

That too, but instead they were working on DLC instead of patching the game.

What? Battlefield 4 was an absolute mess at release!

At least Titanfall was good xD

I haven't played that on launch, but that damn microstutter!