Two more pieces of information came out this week as part of the seemingly never-ending leaks about the iPhone 6.

As well as a new image showing a comparison between the iPhone 6 and its predecessor, one leaked document apparently shows information about a “co-processor” that will alleviate load on the iPhone 6’s A8 chip...

One recently-leaked picture that recently appeared online shows a comparison between the new IPhone 6 and the older IPhone 5. As you can see, the new phone is a lot slimmer than its predecessor as well as having round edges. 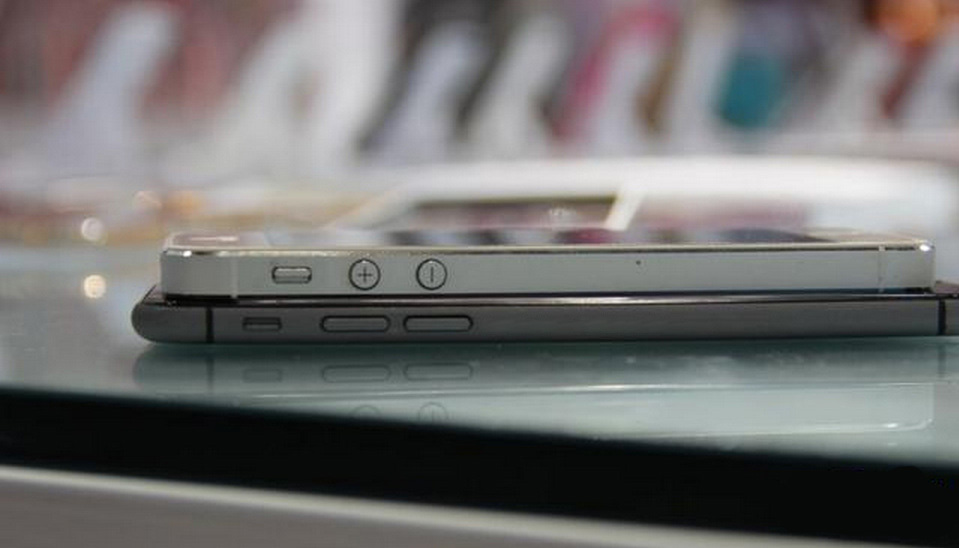 In addition, another leaked document this week suggests that in addition to the A8 SoC, the IPhone will also be powering a “Phosphorous” Co-processor that will help out in the Apple health app for improved data monitoring and better working while putting less load on the A8 chip itself.

Thanks to the slew of rumours and apparent leaks, there’s a fair amout we can guess already about the iPhone 6. The successor to the iPhone 5s will most likely feature a liquid metal design with a 64-Bit Quad Core A8 processor developed by Samsung. It has been reported that there will be 2 variants of the phone to suit the customers; one with a screen size of 4.7" and one with a 5.5" display. The screen is reportedly being built by Sapphire Crystal for extra durability and to insure the screen will withstand most accidents.

Allegedly, the iPhone 6 will also feature improved WIFI, and we might actually see Near Field Communication in this model too. This model may also be the first to include Full HD Display, too. Although some sources still say that the camera will still be the same old 8 megapixel rather than the higher resolutions we've seen on competitor's flagships this year, it is said to feature an improved sensor and a resin lens rather than Hybrid IR filter found on IPhone 5s. We've also read competing rumours stating a jump to 10 megapixels. It’s not long at all now until the official iPhone 6 reveal, so we won’t have to long to wait to see which of the many rumours about the phone prove true.