Sid Meier's Pirates set the pirate simulator format many years earlier and now we have Kalypso Media's latest version of sailing the Caribbean, during the turbulent 17th Century.

The kingdoms of Spain, England, France and the Netherlands fight over the rich colonies and you get to sail your own vessel. Port Royale 3 will let you choose your path of adventurer or trader but lets take a look at the Port Royale 3 system requirements...

Port Royale 3 is pretty easy going on the hardware although it does seem to want a quad core cpu. Port Royale 3 releases on the 4th May next week. 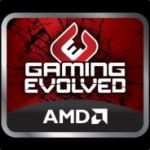 is this game looks like sid meier's pirate,but improved graphics?

Well anyone has a quad core these days or at least a powerful dual core with muilthreading.