What Are You Playing This Weekend? September 2014

Ok, so were a TEENSY bit premature with our September Edition of WAYPTYW, but August has basically come and gone, and whilst that inevitably means the onset of Autumn for those of us in the Northern Hemisphere, it also marks the start of the biggest gaming period of the year. September, October and November are stuffed full of a huge variety of AAA titles, and we couldn’t be more hyped about it.

For now, though, there’s still out back catalogues to get through before we start deciding what to spend our cash on next. Yes, that’s right, it’s that time of the month when the GD team tell you what they’ll be playing this weekend, before signing over to you, our members, to let us know all your gaming plans!

Chris: This weekend I’ll be buried under my duvet recovering from too many birthday drinks sessions and work booze ups, and I’ll probably need some Prozac to recover from the harrowing ending to Walking Dead Season Two. As a result, I’ll be playing anything that’s quiet and happy. Maybe Goat Simulator with the audio turned off.

Felix: Metro 2033 REDUX. Releasing the same game twice is a brilliant way to make an extra bag of cash. And hey, why not if the game is awesome and made even more awesome by a complete visual upgrade? Also, a bunch of gamers might have been far too busy playing other games when it first came out to pick it up and this could be the shove they need to grab a copy. You have to admire the timing of the Redux release as well. It has been very quiet for a few months, with regards to new titles, and people are chomping at the bit for the big Sept-Dec release period. Oooh look a shiny reskin of a modern classic. I will grab that while I wait for the big guns. BANG BANG - oops, sorry for about that Chris. ssshhhhhhhhh

Jon: I’m guilty of not having given Diablo III a go as of yet, but a copy of the Ultimate Evil Edition has wend its merry way to me on PS4, so I’m hunkering down for a good deal of smiting. I can’t quite put my finger on the appeal of watching numbers tick ever upwards, but the addition of more regular Legendary drops should mean I can monster my way through. I’ve never actually played Diablo on a console so it’ll be interesting to see how it holds up. If I’ve got any more time I want do some dungeon-raiding of an altogether more cerebral nature with the rock hard adventure remake Shadowgate.

Katie: It’s not exactly space opera or epic, apocalyptic RPG, but in a departure from my normal gaming habits this weekend I will be getting stuck in to Japan-favourite Hatoful Boyfriend. If you’re not clear on the details of that particular title, you might know it as the Pigeon dating simulator already big in Japan and coming west thanks to Devolver Digital, who have published some of my favourite indie titles in the past. I’ve never actually tried out any kind of dating sim before, but since this looks like it could be bonkers comedy gold, it seems like a good place to start. Wish me luck!

So, GDers, it’s over to you. Are you making the most of the last days of summer outside, or do you have a major gaming session planned with your buddies? Tell us what you’ll be playing this weekend in the comments!

i personally beleive that we need to update that
'what are you playing this weekend?' picture :P

I spent Friday at an old-school arcade playing video games and pinball machines. Fun stuff. Not really playing much this Labor Day weekend in Canada. I finished up NES Remix and now plowing through NES Remix 2. Also on the Wii U, I'm playing Super Mario 3D World. Really haven't got any plans for the PS4 or PC. I am trying to get my first Platinum on the PS4 with an Evil Karma run on Expert. All I have to do is beat the game and it's mine. Also planning to start up Transistor.

Cool. I wish I could find an arcade down here in Texas. All of the social activities here involve going to a bar or going to the mall...

Here its going to bar or going to bar to hit the fat chicks with awesome lines that get your cojones cracked "hey lady tanker wanna come to my bunker" Little one horse town away from anything in Finland :D.

At least I'm not the only one with bad lines... :D

@ZeroHour060, Dude I feel ya. I live in a college town in Texas(not a student), there is a few GameStop, a FX games, and a Game Exchange, the only arcade type place is Grand's Station, Bowling, laser tag, blacklight mini golf. They have a small arcade mostly ticket games. I miss the days o Streetfighter, Mortal Kombat, and TMNT. I spent so many quarters on The Simpsons Arcade Game... Primal Rage, memories... fond memories

Wow, Grand's Station. Over by College Station? Doood..... xD
Yeah, you are dropping some very familiar arcade game names. I remember going to Cici's Pizza and spending all of my parents money on those games. That was about 18 years ago! I feel old... lol

just to say I take my kids over there every once in a while, When Gatti Town was still here we'd go there, between all of us we had 8000+ tickets and they closed up, now its CiCi's for the food and Grand's for the games, the kids love it. So yeah feelin' my age.

Probably the usual Dota 2, CS:GO, and Garry's Mod, and Attack on Titan Tribute Game mix with a little TWD S2-E5, Five Nights At Freddy's (which I literally just bought a couple minutes ago), and Borderlands 2 which I didn't get the time to play when I bought it in the summer sale c:

gonna get drunk ... then play age of empires 3 for the first time

hope it does not crash ... i cant fix this drunk

Lying unconscious on a couch and waiting for my new rig's components to arrive.

Skyrim...again, i always go back to skyrim if there is nothing to play, and i really really enjoyed it, funny, when it came out i knew next to nothing about the game (i actually thought it was an mmo) years passed, and i became more of an avid gamer, and in 2013, bought skyrim Legendary edition just for the heck of it, and my life changed forever.

metro 2033 redux, and probably metro last light redux, because 2033 is almost over, still have some story left in watch dogs, and some borderlands 2! LOOT TIMEEE!

The Last of Us and GTA V.

Team Fortress 2 teleporting teammates, placing down dispensers and killing enemies with the sentry.

Borderlands 1. One of the most immersive FPS that i have ever played.

a mix of things including a beta of something of which i cannot say :P but im neally finished max payne 3 and all zombies must die and metro 2033 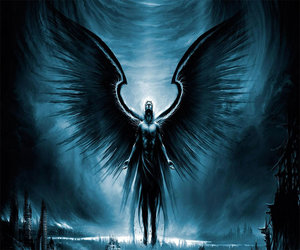 Metro Redux and waiting for Shadow of Mordor at the end of the month.xD

Pokemon Yellow on my emulator :)