It’s been a full year since Total War: Rome II’s introduction, and in that time The Creative Assembly has been busying itself on a host of free content - along with the usual abundance of paid DLC. Now though The Creative Assembly is bringing the mother lode, courtesy of the Total War: Rome II Emperor Edition, which includes a new campaign map that adds hundreds of hours of gameplay.

The new expansion campaign, dubbed ‘Imperator Augustus’, will be coming to all Rome II owners for free in September, and is played out across a brand new map based upon the Second Triumvirate War. If I remember my history lessons, *cough* Wikipedia, this was the final war of the Roman Republic, fought between Cleopatra and Octavian. Coincidentally it was also the name of a war between the Galactic Federation and the One Sith Empire, but I digress.

“With the Imperator Augustus Campaign Pack, we wanted to recreate the vast civil war which erupted after Julius Caesar’s murder”, said Jack Lusted, development lead at Creative Assembly. “You can tackle the campaign as various Roman and non-Roman factions, including Armenia for the first time. Our aim was to represent the titanic power struggle that led to Octavian becoming the first Emperor of Rome. It’s a pretty epic campaign, and it’s great that we can offer this to existing ROME II players for free as a thanks for their support.”

There’s been a whole bunch of improvements and changes since its launch last year, which was somewhat infamously plagued by a few teething problems, and creative director Mike Simpson wants the new Emperor Edition “to be remembered as one of [The Creative Assembly’s] finest games.”

The Imperator Augustus add on is expected to arrive some time in September, keep your eyes peeled for a release date. Have you still be commandeering armies since its launch last year? Excited for the promise of hundreds of hours more content? Let us know!

I hope this will get me back on the game, I've preordered it but played only 26 hours because I was shocked at how bad the game was. Hearing from the community the game is now better and more enjoyable it seems, I do hope so.

I preordered the game too and hated it, played it again recently but it didn't really changed. I hope you like it because I didn't, and it feels like 50 bucks gone down the drain.

How do people stay interested in 100+ hour games like Total War? I usually get my fill of a game in 20 hours of playtime. 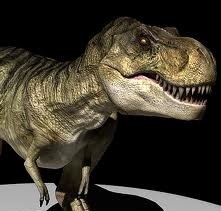 Not to burst your bubble or anything but I'd rather have an Empire 2 instead. There are still some immensely well-done and in-production mods being done for Medieval 2. I want every bit of awesome mod juice squeezed out of Medieval 2 first!

What I loved from empire was the map, but the game was too easy to be enjoyable. If they made empire II I would expect a map of the whole world and not just trade ports. With massive improvements and additions in quality, difficulty n depth

Hope they will improve the AI too this time.