Assassin’s Creed Unity’s lead writer Russell Lees has gone into detail on the vast amount of side content available to play in Ubisoft’s French Revolution adventure. Every would-be assassin needs some downtime in between massacring countless swathes of unwitting Parisians, and Arno is no different.

In addition to the main quest line Lees says that the open world will offer many other activities for players to get involved in, all tied in to real-world historical goings on. Often given out by famous historical characters or tied in to specific historical events, Lees believes Ubisoft has truly taking advantage of Assassin’s Creed: Unity’s French Revolution setting.

"We realized that we had Paris, France, and there was tons of historical content there that we wanted to take advantage of," he said. "As a result, every single one of the side content activities has a historical tie, either to some interesting person or event that took place during the period."

While plenty of quests are littered around the city for you to pick up whenever, a number will spin off from the main quest line and give you a chance to explore the backgrounds some of the smaller characters who pop up. This isn’t all though, because “you can also read the newspapers that are scattered around the city for clues," Lees continued. "If you read an article of interest in the newspaper, you might suddenly see a new icon appear on the map, which you can then go and investigate. So it pays to really explore the open world."

Assassin’s Creed Unity was recently delayed a couple of weeks and will now be arriving on November 11th for PC, PlayStation 4, and Xbox One. How do hope Assassin’s Creed Unity’s side content progresses from ACIV: Black Flag? Does the promise of story-based side missions intrigue you? Put down that newspaper and let us know what you think below! 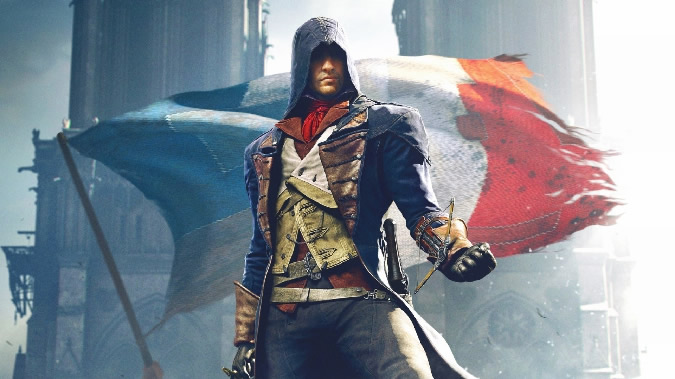 I saw Coop Gameplay at youtube but I still have lots of question to ask. Maybe some of you know about it. Is the coop mode campaign have extra scene like in Dead Space 3? and... How it work? Did they copy Ghost Recon Future Soldier coop mode style? (6 Marks)

Seems interesting..But I think the newspapers and most of the stuff is just gonna reveal collectibles, making them only fun for completionists. Another idea could be that the newspapers are the new assassin contracts hub, and you find people to kill from it.

Wait a minute... you just took my post, deleted the lastline and posted it yourself. WTH

Dude, yes you did. What did you do that for?

And its also intriguing that first civilization technology was used in early human civilizations. Please bring those apple of eden and other artifacts back.

If u can please include discovery or exploration of First civilization temples/laboratory.

That's be nice. The present is really fun, but I think they're going to focus on the past and sheit.

Seems interesting..But I think the newspapers and most of the stuff is just gonna reveal collectibles, making them only fun for completionists. Another idea could be that the newspapers are the new assassin contracts hub, and you find people to kill from it. Even more good, would be if they let us choose who to kill.

AC will never get the sidequests right. They want to add gameplay hours to the game by adding a dot on the map that's collectible, but has no impact in the story/progression/skills. Their sidequests are trivial at best, and that's what I hate about AC. AC IV had about 300+ collectibles with no impact to the game, just to squeeze in gameplay hours so their game looks better. Without the trivial sidequests, AC would be 10 hours long, at best. The missions have little replay value, and free roam just seems pointless(kill guard, lower notoriety, repeat). Ubi has a lot to learn from other devs about sidequests.

Actually I liked the Assassination missions in AC 4 more than the main story.

Just a typo, but you called the guy Less up there I believe.

Wait a sec, Stuart wrote this, you have the power to fix it? :O

I CALL HAX! WE HAVE A H4X0R IN OUR MIDST(tho you wouldn't be the only one)! xD