Sony! One of the leading manufacturers in the world, covering everything from LED TVs and smartphones to laptops and consoles. Almost everyone in the tech world has a product from this manufacturer, and they continue to perform well in the high-end of the smartphone market. Today, however, we’re going to look at one of Sony’s more budget offerings; the Sony Xperia L.

The Xperia L is powered by a Dual Core Qualcomm Processor clocked at 1 GHz paired with 1 GB of RAM and Adreno 305 GPU. It has 8 GB internal Storage expandable to 32 GB via Memory card. The specs are hardly the beefiest we’ve ever seen, and we weren’t particularly expecting the smartphone to pack a punch when it came to internals, but we were actually pleasantly surprised by the performance of the Xperia L.

Externally, the Xperia L has a rubber body with a fairly chunky design, with metal side lines paired with a metal lock button. On the same right side there are the volume buttons as well as the camera shutter button. With a heavy weight of 137 grams, the phone is certainly not a winner in the design stakes in an era of super-slim smartphones, but that doesn't mean it’s a disappointment either. I didn't notice any design or build mistakes on the Xperia L, it has a rigid body able to withstand one or two short falls but no more than that. Sony has also included LED lights for notifications on the Xperia. 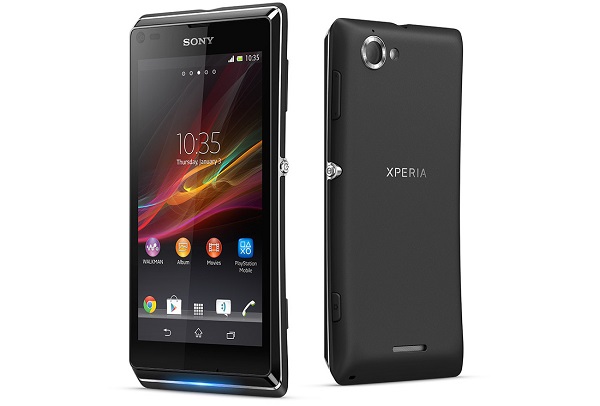 The Display of the Xperia is relatively sharp for the price. It supports a resolution of 480x854 (221 ppi) on 4.3 inch screen. The screen is brightly lit and is very well detailed for its price. It is certainly not going to please the Full HD lovers but it is nevertheless does make an impression. The interface of the phone is relatively simple, as one would expect from an Xperia Phone. The phone has limited bloatware which makes it distinct from its counterpart Samsung, although it does include a number of its own apps such as the Sony Select. The home screen of the Xperia is kept neat and clean combined with the signature Xperia wallpaper giving it a nice overall look, with simplicity prioritised over a feature-crammed interface.

Everyday use of the Xperia was smooth as silk. It breezed through everything without breaking a sweat. From browsing Chrome to switching between apps, everything was done within a split second which is quite surprising for a smartphone with such low specs. Camera opening as well as the capturing of the photos was done quickly too. While doing all that hardwork, the phone was also very long lasting, providing a large battery time to survive almost the entire day. So you can worry less when you are up for a whole day without electricity.

I ran Asphalt 8 Airborne on it which produced some rather mixed results. When I got into the main menu the game was lagging. With some difficulty I got onto the track and to my surprise the gameplay was perfectly fine after this point. No lag at all, only a few slowdowns (which are possible if you are running a lot of background processes) but otherwise the devastating knockdowns and awesome scenery held within the game were quite enjoyable.

For many looking for a new smartphone, the best thing of any smartphone is its camera.
The Sony Xperia L boasts an 8 megapixel camera on budget phone which beats most competitors when taking into account the specs and pricing. However, my experience with the camera had mixed results.
Below you can see a photo which I shot of myself using the rear 8 megapixel camera in broad fluorescent lighting. 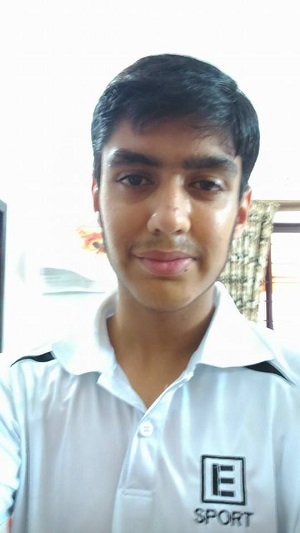 The photo has a lot of light and is well-focused on my face but there is still some blur. The background has totally lost detail. You can barely make out the calendar, which is just a few feet behind me, and the curtains also lack detail. They are fully blurred with discoloration present.

The front VGA camera, meanwhile, will only suffice for video calls. Not more than that. If you’re looking for something that can take high-quality selfies, you have got the wrong phone. You can use the rear camera for that purpose but it’s not that convenient unless you are a brilliant photographer, so the Xperia L may not be the right choice for someone for whom this is a priority.

Price competitors for the Xperia L include the Xperia Go, Galaxy Ace 3 and QMobile A900. The specs of the Xperia L outclass both the Xperia Go and Ace 3 but the A900 has the lead theoretically. The Xperia L is also reliable as it has a rigid design etc. I would personally recommend the Xperia over the QMobile as the A900 is not reliable, and isn’t a particularly impressive bit of kit. I have seen both of the mobiles in action as well as the opinions of other users and can clarify it that the Xperia L provides the best bang for your buck here.

Xperia L is a very good phone. You can’t expect everything to be perfect if you have a low budget but the smartphone truly nails price to performance. A nice interface and an assortment of pre-installed apps make the phone shine from the moment you grab it. The shortcomings of the design and mixed camera results can frustrate you sometimes, but overall, this is one of the best phones for the price if your budget is under $200.