This one cruised under our radar during the glitz and glamour of Nvidia’s Game24 event and the GeForce 900 series reveal but, during this year’s Intel Developer Conference and Nvidia’s Maxwell Editor’s Day, Nvidia revealed that DirectX 12’s new rendering features will be coming to Microsoft DirectX 11.3.

Next-generation graphics features including voxel global illumination, advanced sampling, and multi projection will all be coming to DX 11.3, minus the CPU overhead reduction that’s become such a selling point for DX12. The DirectX 11.3 API will be arriving alongside DirectX 12 late next year, prompting fears that DX12 may well be exclusive to Windows 9.

The last time Microsoft attempted something like this was with the arrival of Windows Vista, making DirectX 10 exclusive to its new operating system and leaving Windows XP pressured into an OS upgrade they didn't necessarily want. Microsoft has previously confirmed that all DirectX 11 graphics cards will support DirectX 12, there’s just the question of whether Microsoft intends to tie it into a Windows 9 upgrade. There’s no confirmation of it either way just yet, so for now we’ll just have to make do with the new features and keep our fingers crossed.

When it comes to new rendering features DirectX 11.3 and 12 will feature Rasterizer Ordered Views, Typed UAV Load, Volume Tiled Resources, and Conservative Raster. These technologies allow everything from complex transparent objects to smoke effects and ray-traced lighting. The overall result should be much more realistic lighting effects, and this is just scratching the surface of what the new DX tech will be capable of.

All of these additional effects will be available to anyone with a DirectX 11-capable card; the caveat is that DirectX 11.3 won't be providing any of the CPU performance benefits. DX12 is a low-level API which lowers CPU overheads and increases GPU performance, so to get the most out of DX 11.3 you’re going to need a fairly powerful rig without the necessary optimisations. What do you think of Microsoft’s decision to release DirectX 11.3? Do you think it signifies potential DirectX 12 exclusivity for Windows 9 users? Let us know!

No need to fret my brothers, someone, somewhere, some time will make DX12 run on windows 7&8, just a matter of time =P

This is primarily meant to be a back up plan if some DX12 features don't work with you're GPU. This is the solution to compatibility. 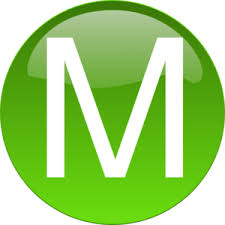 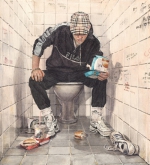 I hear Dx11 cards will play Dx12 games, but it will just scale back to Dx11.3. The only cards that fully has hardware support of Dx12 so far is the recently released GTX 970/980 (maxwell GPUs). AMD will probably have an answer to that soon.

it is comfirmed that gpu's with the GCN, Fermi, Kepler and Maxwell architectures will be fully compatible with Dx12

It's been that way for awhile. Nothing new.

I dont understand on which platform is directx 11.3 releasing as it is not supported by many Gfx Cards(Or should I say any) Plus who wouldnt wanna upgrade to Win 9 I mean now there is no reason ?

I guess it's a halfway job for cards that don't fully support 12.

Ooooh. Sounds fancy. Does anyone know if Windows 8.1 users will be able to upgrade to W9 for free, or for a discounted price.

Why the hell is everyone downvoting me. It was a valid question.

at least make it support windows 9 AND 8. 7 not being support i can understand. time goes by :/

You do realize that even if "time goes by", there is no reason that Windows 7 can't fully support DX11.1-12 other than Microsoft's pure marketing.

well microsoft is corpration which survives mainly by selling windows... i wouldnt find it greedy to only support windows 8 and 9 is all i said. it would make sense to me. thats only my opinion ofc.

Yea, I hope Windows 9 will be as good as Windows 7.

Well ...maybe we can stay on win 7 forever thanks to mantle, but what if I buy nvidia ... I really hate if microsoft will force me to win 9 only becasue of dx 12

I don't think so, Zilin. Windows 7 is great and all, but it's getting old.

What exactly is getting old on win 7? And mostly what is getting better on win 8/8,1/9?
They are all same inside only outside have different ui and crap like fast boot which is just sleep mode in win 7

Thats reality, they need to sell more of their OS but because there is no innovation, they are selling really badly, so great minds in microsoft come with plan that they just end support for old os and force people to buy new one.

How many games use Mantle. 3, or 4? I hope more will be supported.

I dont think games with dx12 will come any soon, maybe they will start in 2017, if mantle survive we can have lots of them until then

Yeah, have you seen the videos of it?

hmm.. well ill have to get windows 9 then and my 280x supports direct x 11 so i dont mind getting a new windows :)

Guys help, is there difference between dx11 and dx12? I can't see it :D

There's not really any big visual improvement made by dx12, it just has new optimisations like mantle which help games to run better