The Creative Assembly has taken the wraps of its eagerly anticipated next title in the Total War series of real time strategy titles, Total War: Attila. War, famine and disease has gripped the world and a new power is rising in the far East. Attila has a million horsemen by his side and his sights set on Rome's destruction.

In Total War: Attila players are thrust back to 395 AD at the very dawn of the Dark Ages, in a epic fight between the Roman Empire and the Barbarian hordes. Featuring overhauled game mechanics and improved visual fidelity, Total War Attila is set to be the most in-depth Total War title yet.

“How far will you go to survive?” write The Creative Assembly. “Will you sweep oppression from the world and carve out a barbarian or Eastern kingdom of your own? Or will you brace against the coming storm as the last remnants of the Roman Empire, in the ultimate survival-strategy challenge?”

For those with a hellish bent, Attila Total War now features the ability to wield the power of fire in battle, setting buildings ablaze or wiping entire townscapes and regions off the face the map in a single fell swoop. This is aided improvements and optimisations to both the campaign and battle visuals seen in Total War: Rome II, with never-before-seen scale and improved graphical performance.

While specifics aren’t available, The Creative Assembly claim the game mechanics have been overhauled from the ground up. The core gameplay and the UI have been modified and optimised while everything from politics to civic management and technological progression has been tweaked.

For those wanted to take on the might of Attila himself, players can take control of the powerful Western Roman Empire with huge swathes of land under your dominion. There’s a caveat though, and that is an Empire weakened by political in-fighting that you must battle to keep together.

Total War: Attila is scheduled to release in February 2015 exclusively on PC. What do you think of the new Total War, is it everything you were hoping for? Does the Attila theme differ enough from Rome II or were you hoping for something a little more spectacular? Let us know!

pitty that rome 2 is a poorly optimised crap with the stupidest AI which automatically means this will be too...can't wait for CA to toss Attila half done out there and ditch it to go on their next "exciting" project yaaay. 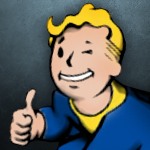 I wouldn't say it's poorly optimised now. Maybe on release it had some problems, but i feel that they've really polished a lot of it up, especially optimisation. 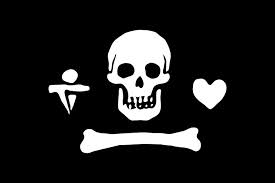 if Goths or Saxons need DLC to be playable,no thanks :P

My wallet is ready.

I am actually a friend of HeirofCarthage and he told me about some of the stuff that is in the game. He was actually able to play this in Alpha. He said the alpha of this game is actually better than the initial release of Rome II. I guess they are getting there act together and don't want another disaster release.

Why not just call it "Barbarian Invasion II" ?
We can't play as Attila sooooo unless he comes in late game and conquers half the map before you stop him, with legitimately a million warriors, why call it Attila?

Also, who do I need to kill to get that family tree and political system into Rome II?

oh I'm so ready to share jailtime with u for that :)

Read a book about a year ago by Clive Cussler. Attila the Hun almost wipes out Rome.

As much as I really like the Roman Setting but I was hoping for something different entirely. Still, one can never have enough strategy games. Hope they don't miss it up like Rome II :)

Tries my best to not show that i'm about to scream with excitement Oh... Total War Attila. Interesting.

"Barbarian hordes"... quite intelligent people, lead by a man who spent his youth in Rome and know a lot about them, spoke several languages etc etc.. sure, pure barbarians.. :D

anyway, I hope, that at least the gameplay will good once again, with better political and technological management than in the TW:R2

Fool me once, Total War, so I shall not preorder until I read the reviews. This will be your last chance before I abandon this franchise entirely. My hopes are not high. Just hire the modders, and they'd make a game to end all games.

Just hope they don't mess it up again.

I think he meant optimization. War Rome II was a mess. For a PC exclusive, CA didn't optimized it for one platform they're going to release on. So yeah, it was a mess