As far as game names go Next Car Game was probably never going to cut it, so it’s just as well that Bugbear Entertainment’s latest smash-em-up has been rebranded Wreckfest. Like Pitfall and The Impossible Game, Wreckfest is out to do exactly what it says on the tin, bringing the heat with car-crunching destruction derby and race events that have your well-oiled motor looking like a smashed up fridge by lap 3.

Nomenclature aside though, the switch to Wreckfest brings with it a brand spanking new update to the Early Access version which finally introduces full-blown online multiplayer, pitching 18-players against each in Wreckfest’s Demolition Derby and Racing modes, as well as the new Deathmatch and Team Deathmatch modes.

This is now Wreckfest build 6 and it’s looking like it’s coming along nicely since its arrival on Steam Early Access earlier this year. When I went hands-on for a preview it was certainly a bit bare bones but Bugbear has steadily been adding chunks of content to get busy with. That, and it’s car-crunching gameplay is irresistible for bite-sized gaming sessions and that Destruction Derby fix.

For the new multiplayer modes Deathmatch and Team Deathmatch, these are similar to the Destruction Derby events but allow you to respawn after destruction and get stuck in once more and keep on trucking. This helps avoid the age-old demo derby problem where the end of the events are a bit of lonely affair as the last few cars slug it out. The multiplayer modes are restricted to 18-player for now until Bugbear can optimise the net code a little more, when it can hopefully creep it up to the full complement of 24 cars.

Elsewhere a new Speedway oval track has been added to the race mode, which also includes a figure-of-eight track in the middle for a total of two tracks in one, and the new European coupe car. In addition there's a host of fixes, tweaks, and bug-squashes that can be read in more detail here.

Perhaps most endearingly, Bugbear revealed that it nabbed the new name from an Urban Dictionary listing, with Wreckfest described as “Mostly common in racing series such as NASCAR and Formula 1 (aka F1). This happens on some tracks during races where the cars are close together and drivers misjudge how close the cars are. Thus, resulting in one big wreck after another.” -Urban Dictionary. Any of you picked up the Early Access version of Wreckfest and stepping into the new multiplayer mode? How's it playing with 18 fellow Wreckheads? 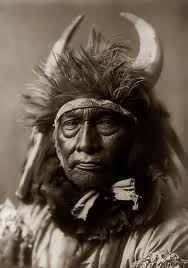 The mutli-player in this game is the most fun I've had in a game for a long time and has the potential to be one of the most enjoyable MP experiences. I can't remember the last time I was laughing out loud playing a game. Brilliant!

looking forward to this one, FlatOut2 was last really good piece from Bugbear...

Flatout 2 was masterpiece and a unique racing experience! And the next-gen will be Better than ever!!

and could be played over LAN, damn I'm missing old good times :3