This War Of Mine System Requirements

A different approach to how we treat war games looks to steadily be gaining ground. While we're still treated to the yearly releases of Call of Duty and legions of other bombastic shooters, it seems there's also room for the more contemplative approach to what is always a large-scale human tragedy. Valiant Hearts: The Great War captured gamers with its moving tale of WW1 that for once wasn't about headshots and hand grenades but rather loss and companionship.

Now it's the turn of Anomaly developers 11 bit studios, who have been working on This War of Mine, a new angle of war, seen through the eyes of a group of civilians trying to survive rather than an elite soldier racking up killstreaks. The group must battle to survive in a besieged city living off of limited rations, with seemingly simple choices causing the survivors to make life or death decisions. If you're interested in picking up this unique stylised survival game inspired by real-life events though, you're going to need a gaming rig that's up to the job, so read on to check out the official This War of Mine system requirements.

This War of Mine Minimum System Requirements

This War of Mine Recommended System Requirements

Despite stylistically being a hugely impressive game, This War of Mine doesn't look like it will be too demanding on PC hardware, as borne out by the minimum requirements. These system requirements in order to get This War of Mine up and running are very much on the low side, and any gaming PC bought in the last 7-8 years should be more that capable of playing it. There's nothing in the processor, graphics card, or memory requirements to cause any particular alarm so This War of Mine should run pretty smoothly for nearly all at lower graphics settings.

The recommended settings for This War of Mine meanwhile are pretty massive in comparison. There's nothing mind-blowingly demanding here but you'll need a somewhat decent rig to crank up all those settings. The RAM and the graphics card requirements won't prove a problem to many, but you're going to need a respectable processor equivalent to a Core 2 Quad Q6700 or a Phenom II X4 940. This is fairly demanding for how it looks but, despite it's slow pace, there does seem to be quite a lot going on at any one time in This War of Mine.

You got my attention "This War of Mine"
Requirements - Nice . looks like game is optimised very well
Story - So far the story looks promising + emotional(which will make me stick to the game)
Graphics- Nice

How can you tell it is optimized? Please don't say low system requirements...

sounds like an interesting game concept. the requirements look a little low but it it looks good and it plays well i am not going to complain ofc xD

Well then could I play it?

It's a sign of good optimization. Glad they didn't say 'Its huge req coz its next-gen' like other developers!!

Jesus christ are people going on and on about "Optimazation" all the time. I bet you don't even know what it means. There's alot more to a game than how good it's opitmized, there are alot of variables. 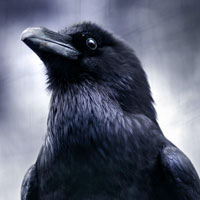 Look at the game. Is very well optimized imo. 100 times better than ****ty console ports like Shadow of mordor, Watchdogs or incoming Evil Within (an i7 for recommended ?!?! They MUST be crazy. Or joking.)

Lolwut??? Shadow of Mordor is among the TOP of my list of best optimized games, and I am sure MANY would agree. xD

This War of Mine isn't even out yet. How do you know that it is well optimized? Have you played it? Get me a copy please.

Also, The Evil Within i7 recommended is a first-gen i7. Most i5's and even some i3's will probably be able to play it.

umm, i don't think having a high requirements makes the game unoptimized.

To the guy who said shadow of mordor is badly optimized. Did you actually play the PC version? It's one of the best ports i'v played in a while.

that's why i say before "high or low depend on game devs." :)

GTA 4 came out with low requirements, but what happened is you know guys…
so, lets hope for the best…

it doesn't matter anyway...high or low depend on game devs.

Going ALL the way back to XP SP3? That's awesome... xD

Well done on these requirements dev team! Don't seem to be overblown at all.