Microsoft’s upcoming production Halo: Nightfall has a new trailer that reveals a little more of what we’ll be encountering during the five-part live -action series due to be released as part of The Master Chief Collection in November.

The protagonist of Nightfall will be Agent Locke, set to become a major character in the Halo Universe when Halo 5: Guardians is released in the latter part of 2015. Nightfall is designed to provide some backstory to Locke, taking place between the events of Halo 4 and Halo 5. The main man Agent Locke is a UNSC manhunter and accomplished soldier, presumably the events that take place in Halo: Nightfall will lead to him tracking down and hunting the legendary Master Chief in Halo 5: Guardians.

The trailer gives us a quite a bit of detail as to what to expect from Nightfall. It looks like Locke is leading a team to destroy a bio-weapon that has been engineered to affect humans only, the mission will lead his team back to the wreck of the original Halo featured in the first game. Once there they will face vicious enemies and tough decisions. Those fans hoping to get a good look at the foe they’ll be facing will be left feeling frustrated. There’s a blink-and-you’ll-miss-it shot of what looks like some combat with a Covenant Elite at close quarters and that’s about it.

Microsoft seems determined to bring the Halo universe to more mediums than just games. To do Halo justice in a live action scenario, one imagines that a very big budget would be needed. The software giant has supposedly plumbed $10 million into the production of Halo: Nightfall. It’s a pretty decent size budget, but split between the five episodes averages out on the lower end of what a typical high quality network or cable television series would cost per episode.

To get a rough idea of what that kind of spending will get in terms of productions it’s worth noting that The Walking Dead gets around $2.8 million per episode and Game of Thrones comes in much higher at about $6 million. Obviously there are lots of different factors to take into account but it will be interesting to see if the people behind Halo: Nightfall can make the money stretch to produce a believable, quality production.

The first episode of Halo: Nightfall will be released through Halo: The Master Chief Collection on November 14th and on a weekly basis thereafter. What do you make of the trailer of Halo: Nightfall? Do you think the production be able to do the Halo franchise justice? Share your thoughts below!

I love the Halo franchise, it is what got me started into gaming, and ultimately broughtme to the PC. But I just hate what 343 has done with the franchise. I have no reason to go and watch my favorite franchise get defiled, for me Halo was over with Reach.

80% of 343 employees are actually ex-Bungie employees so Halo is still technically Bungie... Also, if you want to blame anyone if you feel Halo has soured, blame the ones who own the devs - Microsoft Game Studios... Halo was originally going to be PC exclusive even after Microsoft bought out Bungie... But because MS wanted a killer app for their new xbox, well you can guess what happened... If Bungie and/or 343 were left on their own, may be we would have been playing Halo 3 on PC right now and it would have all been fresher... Refer my blog about possible Halo PC system requirements had they been ported...

And please don't say that Reach was the last good Halo... The Halo series are still far far better than most other shooters out there...

every single halo was epic to play !

To begin with, you have to verify that number. Second, it doesn't matter if there are 200 janitors from Bungie working in 343, the people above them is who decide how the game is made. Third, I agree with you on MS, but 343 also dropped the ball in several aspects of the game, so that's no excuse for 343.

And in last place, I never said that, so don't put words in my mouth.

I apologize for that last one but it sounded to me like that is what you said... Guess I just stupidly over-thought it...

I potted a flood infection form in the trailer... God damn it, I hate those things... 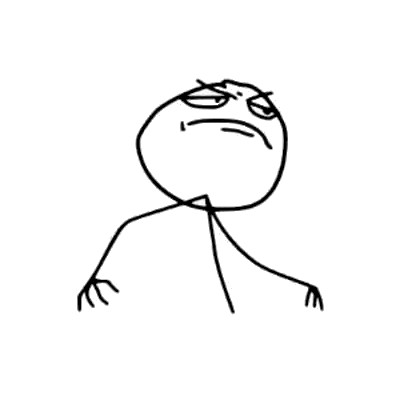 Haha, quite creepy on certain situations, such as when they surprise you outta nowhere :D

gonna watch this so hard :D
even if i wont play the new Halo, halo series have been good since forever

I would agree with u bro. I'm a big fan of the Halo series :3

Join the club my friends... Fanboy here too...