This week’s PAX Australia event inadvertently end up being Space: The Show. Hot on the heels of Star Citizen’s trailblazing first-person-shooter module reveal, Gearbox was on hand to show off how its Homeworld Remastered HD remake was coming along. If there’s any unbelievers lurking out there, Homeworld was the be all and end all of space strategy titles, offering fully-functional three-dimensional strategy that actually worked. A feat that pretty much hasn't been matched since.

As it were then you can probably tell that we're a little bit eager to get our mitts on this remake, which has been all HD-ified and made even spacier than ever before. Gearbox had a panel at PAX Australia to have a chat about it, showing off some behind the scenes footage and screenshots of this glorious looking remake, as well as revealing a collector’s edition which is far more exciting than a cardboard box has any right to be.

Gearbox head honcho Randy Pitchford is here to chat about Homeworld Remaster, giving us a peek at the game’s remade opening cinematic, going over a bunch of new screenshots, and even revealing that a bunch of the original developers working on Homeworld at Relic back in the day have returned for the remake.

Gearbox has said that it’s planning to launch Homeworld Remastered in February 2015 on PC, so we haven’t got long to wait to begin our interstellar domination. The packed will include remakes of both Homeworld and its sequel Homeworld 2, remastering nearly all aspects of the RTS classics from the ground up. Any old school Homeworld fans lurking out there? Are these changes dramatic enough to splash out for another version? Let us know!

THANK YOU!!! This is awesome news for probably one of the best RTS ever made! 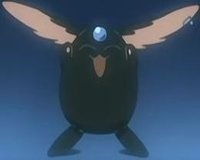 Homeworld 1 and 2 ok, but how about Homeworld Cataclysm, any info ?
And I almost forget how about additional mission from Homeworld raider retreat ?