Blizzard has announced Overwatch at its Blizzcon 2014 event this weekend, its first new franchise in over 17 years. A team-based class-focused first-person shooter, Overwatch looks to take heavy inspiration from the likes of Team Fortress 2, making use of a number of unique heroes, each with their own special abilities and roles to help out the team.

Dozens of characters will be available, ranging from hulking great brutes to nimble archers and pad-footed assassins, wielding everything from dual-pistols to swords, and magical powers. In typical Blizzard fashion Overwatch is difficult to pigeonhole, with sci-fi trappings in some majestic environments from around the globe, including Egyptian temples and Japanese pagodas.

Each game of Overwatch is six versus six in objective-based rounds, featuring the team of Overwatch against a band of evil sorts, like the Horde versus the Alliance in a certain other little-known Blizzard series. The characters themselves are a diverse bunch, including what looks to be a Viking mechanic, a grapple-hooking ninja sniper, and an eight-armed demon clearly knowledgeable in the art of the mystics.

"Overwatch is our take on a vibrant, near-future universe with amped-up characters and action-packed team-based gameplay," said Blizzard co-founder Mike Morhaime. "With every new Blizzard game, we look at our favourite aspects of a genre and put our own spin on things. Our goal with Overwatch is to create an awesome FPS experience that's more accessible to a much wider audience while delivering the action and depth that shooter fans love."

Blizzard hasn’t announced any release date plans for Overwatch as of yet, but there is an open beta phase pencilled in for early 2015, and Battle.net members can sign up for that now over here. What do you think of the early footage of Overwatch then? Have you already picked out a favourite character?

I signed up for the BETA as soon as I saw the link. I just couldn't resist. This game is far too good to be true.

It seems awesome, and I have hopes this won't be 'just another fps' but something really cool and fun to play.

This game rocks, I want it now _

I'm definitely going to play this. I just hope it won't be F2P. Cuz if it will, then it will be a complete Pay To Win mess, (like for example rent this sniper rifle for 2 days, buy premium to keep forever -.-) and will get boring after a couple of days of playing it. Blizzard is probably going to do it, because it looks a lot like TF2 too. Let's hope for the best. 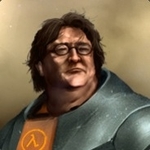 i'm in love with the visual style, b.e.a.utiful..

I was impressed by the number of available classes, there'll be a lot of diversity!

What I like most about this is that the women characters are going to have realistic proportions and be dressed sensibly... Thank goodness... Bikini armour makes me cringe...

blizzard has never done skimpy outfits for women unless it's demanded by the role.so i don't see why this would be different.they know their sh!t

Go play DOTA (original dota) and take a closer look at Queen of Pain, Lina and some others...

you do know the original dota is not made by blizzard right?

dude i played WC 3 for 5 years i know how they look.QoP is a fukin succubus,what the hell were you expecting?and Lina? whats wrong with lina?all the appearances are justified by the roles.you expect a succubus to be wearing long pants and a jacket?

Take a look at Lina's gown... Make her face you and use the scroll wheel... You will notice a plunging neckline and her gown is cut in front to reveal her underwear... Now does it really make sense for a wizard/slayer like her to be flashing her panties on the battlefield...?

Looks cool but meh, do we really need another fps?

We do if it's being made by blizzard

This is going to have fps and RPG elements... That should be a nice mash up...

This looks amazing!! Cant wait to try this out! :D

Reaper looks awesome, really wanna play as him. However most of them seems awesome, very unique characters and this game actually looks really cool. Lets hope it is.