The first ever in-game screenshots of Just Cause 3 have emerged, showcasing a stunning sun-baked paradise. With copious rocket launchers. Avalanche Studios and Square Enix’s open-world sequel looks to ramp things up to the next level, and if you thought the series had reached its peak with those outrageous grapple hook mechanics, you’d best think again.

Series' star Rico Rodriguez is back once more, and it's up to him to take down an evil dictatorship ruling over the otherwise-idyllic Mediterranean island of Medici. As always there's only one solution to a cigar-puffing autocrat, and that's blowing him to kingdom come with a spectacular array of firepower.

The grapple hook is back, allowing Rico to attach to basically anything in the world, be it planes, trucks, and enemies, gaining an instead height advantage and building up a savage appetite for destruction. He'll be aided by a new wingsuit, so he can make like one of those flying squirrel things, and it's probably significantly easier than riding a crash landing plane firing off an RPG. Oh, wait. 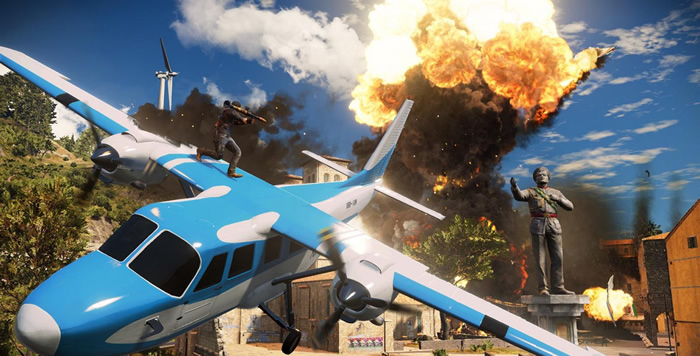 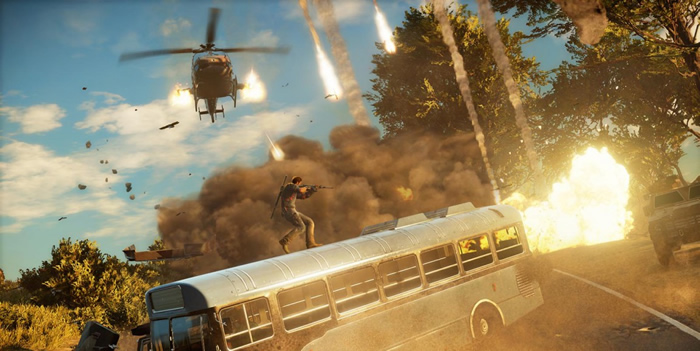 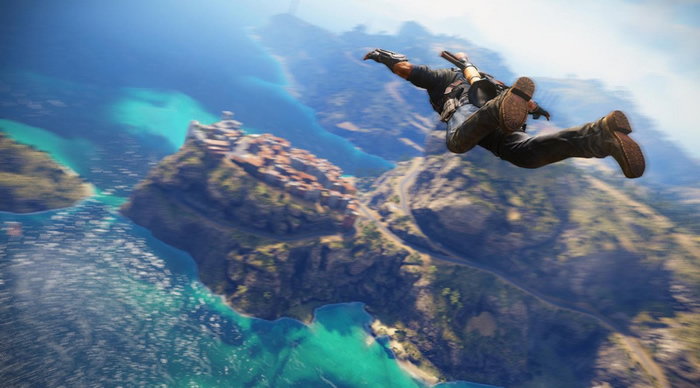 The impressive-looking third outing for Rico will stretch over a monstrous 400 square mile map split up into three key areas, and outposts must be destroyed in order to reclaim the territory for your own do-good means. Just Cause 3 is due to launch in 2015 on PC, PlayStation 4, and Xbox One.

What do you make of these retina-searing new screenshots? Is bigger most definitely better when it comes to the Just Cause series? As always, wingsuit down to the comment sections and let us know!

One thing that i wanted for the sequel is, Better storyline, and whole lot interesting side mission. Because The mission was boring, and so the story, aside from that The AI is pretty good at organizing themselves but i hope they don't just go crash by themselves when chasing the player.

tbh i dint like jc2,what it had in it?poor enemy system,falling from such height that it could cause anybody to torn into pieces but he is still up and going,i got it for myself, my lil brother had a go at it,i saw the gameplay,for me totally dissappointing,though jc3 looking solid but its still in screenshots so...

The things i didn't like in Just Cause 2 is that it has shallow story, no creative and interesting side-mission to do.

Looks pretty good but it sort of looks the same as the last one just with updated graphics... Am I missing something?

hope multiplayer comes to it by default cause while I love multiplayer mod on just cause 2, all I really do is fly a cargo plane to the airport and crash at all the players

Isnt that the same statue from JC 2? 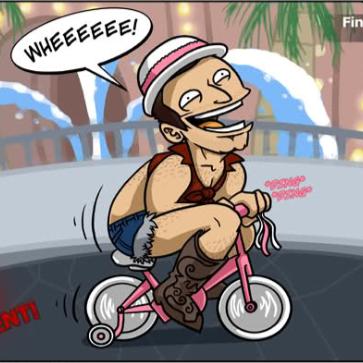 From the screenshots it looks like we can move around while riding on vehicles?? that would be awesome

Its awesome cos right now I am already playing JC2 for the third time...but I need it to be more difficult cos once you get to know the tricks then it is PG-5

The game should be more difficult,non-repetitive & the travelling speed is too slow so it must be increased cos I don't like to pay the AIR SHELDON

just as long as its better than just cause 2, the area was cool and fun but gah the story was not good. repetitive cut-scenes and similar missions throughout.

Looks better than Gta V to me !

Why are you guys down voting me ? I said it's better to me. Can't I even post my opinion here ?

Up/down voting is there to determine if people agree or disagree with your opinion.

F**K it! GTA V and Just Cause 3 is a great combination to enjoy in our monitor! GTA for story, Just Cause for full-adrenaline, explosive action!

OMG i really cant wait to play this game :D

DOnt worry . Its not Ubisoft

ya it's not ubisoft just relaxing.