Movement of Xbox One shipments has skyrocket during the past fortnight, with a deluge of price cuts and bundles seeing Microsoft’s console gain a head of steam going into the holiday season, and it is now reportedly shifting faster than the PlayStation 4.

Of course the Xbox One has a long way to go if it wants to eclipse the sales of PlayStation 4, which eclipsed 13.5 million sold at the end of October this year. As it stands Microsoft has shipped through 10 million units to retailers, helped no end by its Us arm offering up some very tempting bundles indeed as Black Friday draws closer.

Yusuf Mehdi, Microsoft’s corporate VP of devices and studios, took to the Xbox newswire yesterday to make the announcement, saying “The past few weeks have been incredibly exciting, marked by a series of highly-anticipated game and bundle launches and the most affordable prices yet for Xbox One. We are humbled by the positive response to our new offerings and grateful for the support from our fans.”

The $50 price drop coincided with the launch of the Halo: The Master Chief Collection, as well bundles packaging in Assassin’s Creed Unity, Call of Duty: Advanced Warfare, and Sunset Overdrive.

"The response to this wave of blockbuster game releases and new bundles has been amazing, and sales have skyrocketed since the new price took effect on Nov. 2. Compared to the previous week, Xbox One sales in the US have more than tripled, which is exciting as more and more friends will be playing together this holiday. As we head into the busy holiday season Xbox One led generation 8 console sales in the US for the past two weeks."

Has the price cut prompted in your sudden impulsive desire to splash out $350 on an Xbox One? Could the tide be turning, is Microsoft wrestling control of the console race back from Sony? Let us know what you think!

I'm a long term halo fan and can't afford an xbox one :'(

Well, to me this is a proof that the master chief is not getting old!

I'm happy for you xboxone gamers ;) 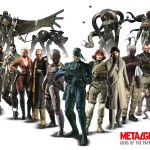 What is the big deal about Halo? I just never understood what was so great about it.

Great. Now if they tune up the matchmaking a little, it'll be golden.

AWW...I thought Nvidia said "the consoles are a thing of the past",yeah.This is your answer,13 million ps4 units + 10 million xbox one units,this is the revenge of console gamers towards nvidia.Can Mr Jon Sutton forward this article to nvidias ceo..XD!

They said the same thing with the PS3 and the Xbox 360. I'm almost certain that after 5 or so years there will be a PS5 and a new Xbox.

what your failing to remember is Sony is 2 BILLION in the red. So yes, thing of the past hands down! Also, Nvidia is 200 million in the green (no pun intended)

You mean, in the black.

Really? I don't remember that. Seems strange that Nvidia would bash the ps3 when it had an Nvidia made GPU.

It's in massive debt but Sony's gaming division is the successful segment, there's going to be cuts sure, but that end is going to stay afloat.

Don't know about that: https://www.youtube.com/watch?v=kemEJuWycSs