If the wait for Geralt’s next adventure it is getting just a little too much for you to bear, CD Projekt RED and Fantasy Flight Games have released a detailed video tutorial for its upcoming The Witcher Adventure Game.

Clearly designed for those who like their role playing a little more cerebral, The Witcher Adventure Game is a digital board game for 2-4 players which is arriving on GOG in just a fortnight’s time. When it was originally announced it looked as if the The Witcher Adventure Game would also coincide with the launch of the GOG Galaxy game client, but details have certainly been scarce on that foray in recent months, so don’t hold your breath.

In The Witcher Adventure Game you and up to three other players can work to help or hinder each other in this erm.. adventure game. Geralt, Dandelion, Triss Merigold and Yarpen Zigrin are all playable, and you must explore the land, completing quests, fighting off beasts and solving mysteries.

In typical board game form it’s probably one of those things which takes a few goes to get the hang of, but to give you a good jumping off point they’ve put together this little tutorial video. There’s both a digital version and a physical version of this game, but just watching this instantly made my brain ache, so it seems like the digital version could be the way to go to pick up the basics quickly.

The Witcher Adventure Game is out on November 27th exclusively for PC, and can be pre-ordered on GOG.com now for $8.99. Those who just want to get busy stabbing boars through the head meanwhile will be able to pick The Witcher 3: Wild Hunt on February 24th for PC, PlayStation 4, and Xbox One. Tempted to dabble in this board game adventure? 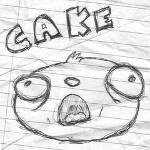 This is a story of a man named Stanley. Stanley wor-
Oh wait.

Nice! I was thinking of buying this yesterday and today there is an article on GD lol. I am quite the board's and after playing the quest for the dragonlords game I don't think there is anything that can scare me with its complexity or duration :P. I am very interested in this and will get it for sure at some point and will even consider the physical version. Although it's quite expensive.