Publisher Sega describes Kingdom as a persistent-world strategy title that combines realm-building and tactical battles in a backdrop of the turn of the 10th century. Total War Battles: Kingdom makes use of those tactical battles that have become such a standout feature of the series, reworking them to also suit mobile devices.

Sega adds that "deception, spying, and outright betrayal against enemies and friends alike will see the devious player rewarded" in the struggle to forge your Kingdom in the middle of “massed multiplayer wars against other lords in a fight for the throne”.

Kingdom is a step up from 2012’s Total War Battles: Shogun, according to Creative Assembly’s Renaud Charpentier, especially to be as accommodating as possible to players while out and about: "It shouldn't matter where you want to play; we want to make it easy to come back again and again to your flourishing Kingdom. Then, we ramp up the complexity and challenge, adding more options to your Machiavellian schemes”. 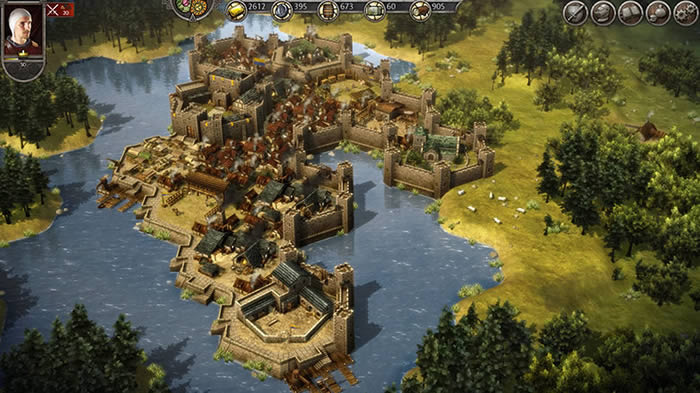 The first opportunity to get Total War Battles: Kingdom at your fingertips comes via a closed beta on PC, which you can register for now at the game’s website. It definitely looks to draw heavily on the city-building mobile titles such as Clash of Clans that have been a such a success, but it's doubtful that PC fans of Total War will be as receptive to its money-spinning ways. Big name series making the leap to mobile devices typically haven't resulted in the best experiences, but if The Creative Assembly can build significantly on the slightly iffy groundwork laid by Total War Battles: Shogun then this could be worth a shot.

The next major instalment in the Total War series, Total War: Attila, comes in 2015, while Creative Assembly’s last release was the brilliantly atmospheric Alien: Isolation, out now. We'll keep you posted with more information on Total War Battles: Kingdom.