Up For Debate - Autosave Vs Manual Save

I remember the first time I hated manual save. I was in the Temple of Xian, right near the end of Tomb Raider 2 and I had just thrown myself at some lava. Nowadays this is the part where I sit back and relax, because autosave has me covered. I had a save from earlier in the level, so I’d have to backstep a bit, but no biggie. Except when I’d jabbed the F6 key to load my previous save, it wasn’t the F6 key. No, it was the F5 key, which saved progress. I had selected the save I wanted to reload, and cheerfully overwritten it while Lara waited patiently to fall the last 2 metres into some lava. I know this because I re-reloaded the save several times in disbelief and each time had to watch Ms Croft perish boobily in the lava below. The last save before that had been 3 levels ago.

It’s not often I talk of cursing the sky literally, but this occasion seemed to call for it. When I think back though, it was my fault. I was careless. Not only did I fail to think through a complicated ramp-jump properly, but the keyboard was doing what it was supposed to; it was me that pressed the wrong key. Autosave treats us with kid-gloves, and it’s not always welcome, but sometimes it’s in our interest. It’s there to make sure careless mistakes don’t prevent us (read: ‘me’) from losing irritating amounts of progress. What’s wrong with that?

Well - for starters, who says you won’t want to go further back? Especially if you’re playing a game for the first time and you’re exploring everything, it can be infuriating if an autosave you couldn’t have seen coming suddenly denies you access to something else you were going to go back to. The save you chose to make is suddenly gone. What’s more - autosave is far from immune from the same sort of mistakes made by lackadaisical fools like me. If an autosave prompt just happens to be in the wrong place, it can provide you with an equally frustrating auto-fail that makes you crack open the much older saves and continue from a lot earlier, once you’ve finished taking deep breaths in the next room.

Recent games have even taken it a step further; good luck if you want to restart any of Ubisoft's titles over from the beginning, or make use of multiple save files. Autosaving is now so rife in many of its titles that you have to actively seek out Youtube guides to start new games. In Assassin's Creed Unity on PS4 you have to delete the entire file data and save data from the system menu to start a new game, with it typically throwing into your current save by default.

The common thinking behind autosaves has been to aid console gamers who typically could never quick save. Older consoles had to save to memory cards and it was a time-consuming process, but the autosave and checkpointing system negated all of this. Gradually PC gaming has bent towards this way also, but surely we're at an age where quicksave can become a part of console gaming also. Oddworld: Abe's Oddysee New 'n' Tasty managed to implement Quick Save and Quick Load effectively on PS4, why can't everything else?

What do you think? Are the kid-gloves patronising, and you’re a grown up now and ready to make and take responsibility for your own mistakes, like I (almost) am? Or are you repeatedly grateful for the safety net?

autosave is horrid, i'm okay with it when you have the option to quicksave as well, because running from point to point and keep doing the same part over and over again is like being stuck in gamer hell. When you can save yourself it feels like you have more freedom and control.

Manual Save, no doubt, it's very important.
I hate autosave, -_-

I guess you hate autosave in games that only save automatically. Therefore if you're also able to save the game manually theres no reason to hate it since the only thing it does is to save you some time

I find the kid-gloves are quite useful because I can never remember to do saves and I used to pay the price for that.

Ahh Tomb Raider II those were the days :)

I'm an old school lover in this one, manual save, and in specifics places of the game, hopefully blended within the gameplay (Resident Evil zero/1/2/3)

It depends on what gameplay your going for, if its an open world game, auto saves are good to have in these kinds of games, if its an FPS strategy game a manual save by looking for a save location is good, It just depends on the gameplay really.

Both to be honest...

thats why you put save on f5 and load on f9.

until you get Fraps - once you get Fraps, F9 starts video recording, F10 saves screenshot, F11 starts benchmarking :))

Then change save to f8

am i the only one who thinks that this site has gotten ****ty!

It's just stuff to read in between real game news! Its nice having more articles to read on game debate, i always ran out of reading material before. Today i've spent a ton of time on here when usually i just check it quickly once or twice, I bet they're getting tons of traffic! They gotta live long and prosper 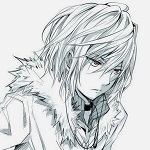 I'm ok with both. If I having difficult time at something and i manage to pass it, I use manual save (and do a victory scream)

am i the only one who uses + and - for quick saving and quick loading. I use those because they are right next to my right hand and i'm very lazy

When quick save was introduced I was like F5 on my every move!!!!

it's actually more a matter of game design, for ex. in Far Cry 4 when you save game, quit and then load you don't appear on same place;
in many games autosave checkpoints in missions are done purposedly, on the other hand manual saving in open world games is a must - but again for ex. in Skyrim you cannot save during combat...

I rememeber saving a Halo game when I was in the middle of a skirmish and was just about to be hit by a rocket... What resulted was essentially a loop of me getting blown sky high... It was so hilarious... I should have recorded it...

I prefer having the option of both like in the original Halo PC - an autosave function at checkpoints or load points in the game as well as the option to save games whenever you wish...

I really love quick save, you never know when you will need it, in comparison with autosave, in which case you don't know when you'll get it

How about both?? I mean, having the option to manually save while having Auto-save on would be good. I think Splinter Cell series (the older games) had something like that (Auto + Manual) and it was really good and effective.

No Offense !!
But i think Authors are out of materials and they are publishing not so "necessary" things to cope up with that. :D