Turok: Dinosaur Hunter might be long gone but the resurgence of the dinosaur game could be upon us once more. Arriving tantalising close to that Jurassic World trailer, Just Cause 3 studio Avalanche Studios has announced the Early Access launch of TheHunter: Primal.

Essentially it’s everything you ever wanted from a game, offering a massive 24km2 island to roam, armed with scavenged supplies and makeshift weaponry. Of course you’re not alone on this island, there’s all manner of reptiles out to tear you apart, including the obligatory T. Rex, Triceratops, and the deadly Utahraptors. They’re like giant Velociraptors, and they existed where Utah is now, so I’m not sure how they got to be on this island, but you can kill them none the less. Hopefully.

Developed by Avalanche subsidiary Expansive Worlds, Primal offers classic survival sandbox gameplay in a huge prehistoric world. In addition to single-player hunts it also has support for up to 16 players simultaneously on the island, which should cause somewhat of a feeding frenzy among the carnivorous populace. 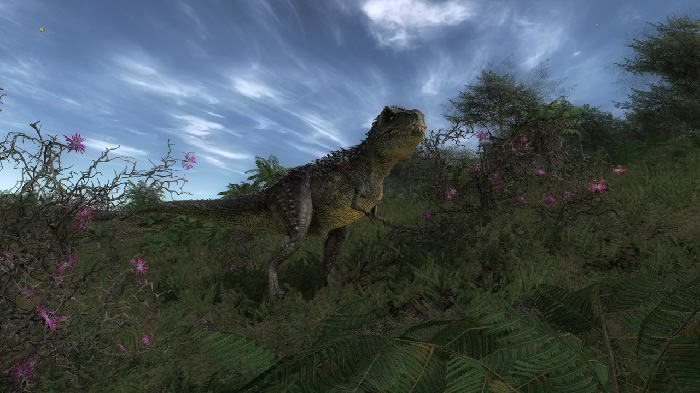 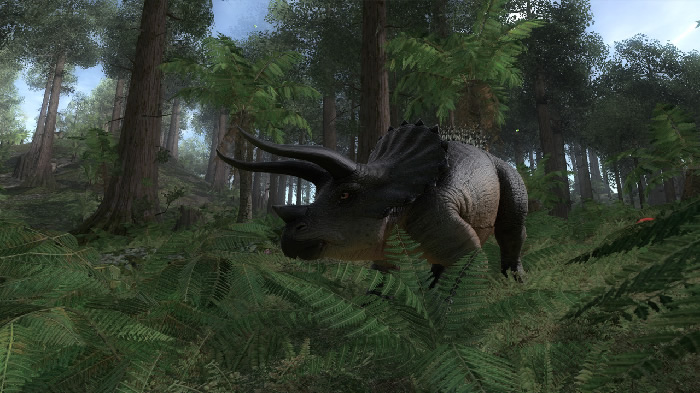 ”theHunter: Primal is a new direction for Expansive Worlds”, said Christofer Sundberg, co-founder and CCO at Avalanche Studios. “It fits perfectly within our portfolio and shows the true potential of the theHunter brand, a franchise we have been working on since 2009. Move over, undead people - dinosaurs are the new zombies."

TheHunter: Primal is out in Early Access, which means that it will be getting updated regularly with additional weapons, gameplay features, and tweaks. We’ll hopefully have a preview up soon enough so keep your eyes peeled for that!

Dunia engine? And is that HairFX on the triceratops?

Don't think so, definitely doesn't look as good as Far Cry in action, but it's still nice! Very quiet and immersive, and more than a little bit creepy knowing what's out there. Only 20 mins in though...

It definitely has a big deal of potential. The world is very very immersive. Yes ZeroHour, sadly they put protofeathers in non-theropod dinosaurs. 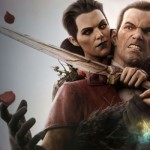