Up For Debate - Locked Frame Rates

Despite seemingly everyone asking for the contrary, it’s no big secret that more and more of the big publishers seem intent on forcing fixed frame rates on us. It doesn’t seem like much to ask to have an unlocked frame rate, but developers have come out with every excuse under the sun for not incorporating it, including that classic ‘cinematic feel’.

In the world of PC gaming we crave the best, but we also crave choice. On no other platform is there this level of choice on offer, and it can be frustrating when development studios don’t seem to cotton on to this, restricting our options, particularly when it comes to performance. If you spend $1500 on a gaming rig, you want to make sure you’re using all $1500 when playing the latest and greatest games.

In truth one of the clearer reasons why developers lock a game at 30fps is because it’s arguably better to have a game running at a solid 30 frames per second than one that can achieve 60fps with some noticeable dips. It’s far harder for the human eye to detect a lower frame rate if it’s rock-solid, it’s the fluctuations, no matter how small, that we really notice. 25fps can be perfectly playable, but dipping from 30fps down to 25 fps presents a lurching event, and it’s particularly noticeable in the console versions of Assassin’s Creed Unity.

Ultimately if your PC can hit 60 frames per second without wavering, then there’s no question that this is the best option for you, it will be twice as smooth as 30 fps. If the screen gets busy though and you get occasional drops down to 40 though, it’s going to look far uglier than playing at a steady 30.

Do you prefer uncapping the frame rate and pushing your hardware to the max? Or do you like to keep things steady and opt for a frame rate cap?

Using frame limiters or alternatives to v-sync (or v-sync if you are desperate!) are good tactics in order not to have drops.

Locking FPS?? Dude, thats what exaclty why I chose PC amongst consoles.. PC gives me a freedom to choose. i could sacrifice some frame rates for an increase in the beauty of the game. i could upgrade and max games and to get smoother rates!

yet they killjoy the joy of having high rates?? Free Will is what I ask of you.. let us have the option to lock or not, to be fair. :D

I prefer unlocking it.because if one buys a new card and is limited on fps its a waste on money

The fact that some games are locked frames rates is disgusting and developers are kidding us. You buy an expensive rig to get better performance and graphics, not to get downgraded graphically or to get the same fps as consoles. Non-sense.

I have to disagree about a steady 30 fps looking better than an occasional drop to 40. I've played Dead Rising 3 with both and the latter is definitely better.

There should never be "Locked" fps. We should get the CHOICE to choose whether we want it locked at 30fps, 60fps or unlocked in the options menu. Forcing EVERYONE to one set fps is not fair.

I choose uncapped FPS. No hesitation. With locked FPS I get screen tearing.

Shouldn't it be the other way around? Doesn't screen tearing occure when you have to many FPS output by your GPU? I'm not sure about the capped thing, but does it stop your GPU from outputting more frames?

AsenGeorgiev is right. uncapping the frame rate = more tearing, but vsync can = more stuttering if your computer can not maintain a steady 60fps/30fps.

locked frame rates are bad, even if you can lock framerate yourself, PCs are just not made for steady framerate, only reasonable thingy is fps cap as it can save overly-high fps, but that's all :)

Locked Framerates are real good of you want stable gameplay. Especially useful on mid-ranged or lower end rigs where they aren't capable of a constant 60FPS. I have Shadow of Mordor locked to 30FPS. It may be console level but it's stable, hence playable. 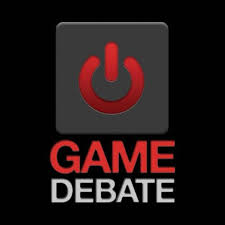 Locked FPS are some times good, but since the majority of people do not own last gen ultra fast systems its not healthy and I'm against.I want even the low end-mid rangePCs to play games so it so there is no need for fps lock for me.Don't get me wrong I own Xbox 360,but this is PC game industry..Developers should think both for PC and game owners,without damaging one industry because of the other. 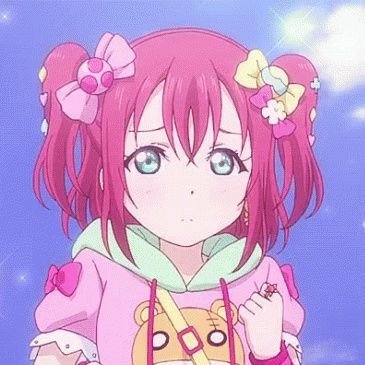 People play better at 60fps than at 30fps when it comes to FPS games.
Locking at 30fps would level the playing field a little.
However, what's the point in having a PC that can handle >30fps if you're not going to be able to use it? Some people can't tell the differences in dips from 35-30. Games should have an inbuilt limiter that's customizable, instead of hardwired in.

For example, on qL, you can type com_maxfps x, and that'll limit to that fps.
If developers did this, or had the option in a main menu, it'll be much more suited to a wider audience.

Furthermore, what about people with >60Hz monitors (for 60fps capped games).
They'd spend a lot of money, and gain what? Nothing.

I like the idea Microsoft used on Xbox One (which was used in Wolfenstein: New Order): The resolution dynamically changes from 960x1080 to 1920x1080 depending on how demanding the current scenes are (explosions, combat = lower resolution, exploration and walking = higher resolution) and thus keeping the frame rate at a steady 60 FPS. It'd be great if PC gaming had the same option in the future.

EDIT: PS4 apparently has this feature too on Killzone: Shadowfall (multiplayer)

The technique used for Killzone: Shadow Fall is completely different to dynamically changing resolution and is quite complicated. It's a completely different way of upscaling an image, done in a way to minimize visual quality reduction in favour of [more stable] performance.

In fact, the way it does it is more demanding on hardware than just straight rendering a native 1080p image.

I see no point in locked framerates on PC. If I want 60+ fps and dont mind the fps drops, why shouldnt i be allowed to play the game that I PAID FOR that way

This is one of those things that you can argue until you're blue in the face and it always comes back to one thing, freedom of choice. Everyone is going to disagree so why not let people choose? It's simply mind numbingly f*cktarded that people insist that because their way serves them best everyone else must adopt it. I don't give two ****s if you like locked FPS, I want unlocked.

Why can't we simply have it both ways? Is it really so hard to fathom a world in which I can keep my game unlocked and someone else can lock theirs at 60 while yet another person locks theirs at 30? Is it so hard to ask for that option. Or is it more like, if you don't agree with me than you're wrong? There is not one legit reason that a game can't have both options. Period.

The Last of Us on PS4 has an option to play the game at 60fps (with very minimal and unnoticeable drops in frame rate) or locked at 30fps with better quality shadows. All games at the very least should have two options - either unlocked FPS or whatever FPS they (the devs) assume is better.

...fully loaded, and have stable framerate.