Turtle Rock Studios made a big name for itself with the original Left 4 Dead, immediately getting snapped up by Valve following its launch before going independent a year later. Now they're back and promising to be bigger than ever with another bite at the cooperative shooter apple with Evolve, a 4 v 1 asymmetric multiplayer title about teams of hunters fighting against a gigantic roaming player-controller monster.

Evolve's system requirements originally got revealed back in October last year when the Big Alpha went live, but since then Turtle Rock has clearly changed things a bit, tweaking the system requirements somewhat. To find out whether your rig's a towering Goliath or a hunter crushed beneath its foot, read on to check out the official Evolve PC system requirements.

Now in terms of changes, the differences between the Evolve Big Alpha and the final release are fairly minor. The install size takes the biggest leap, jumping from 15GB to 50GB, which was to be expected considering the Alpha was just a sliver of the final game. Minimum processor requirements for Evolve stay the same for AMD users, but Intel owners' requirements have taken a minor leap from an Intel Pentium D 930 up to the Core 2 Duo E6600. Everything else for minimum remains identical, which is to say that Evolve isn't a particularly demanding experience. Those minimum graphics card requirements are also probably fairly accurate, we ran the Alpha on a GTX 650 and it just about got 30 frames per second on Low at 720p, so it's unlikely you'll get away with much under the GTX 560 asked for.

The recommended requirements for Evolve also remain much the same, with the AMD CPU being tweaked slightly from the AMD Phenom II X6 1055T to a more recent model in the A8-3870K. Performance is actually slightly lower on the newer CPU. The Nvidia GPU has also been altered to be more in line with its AMD counterpart the R9 280, dropping from a GTX 680 down to a GTX 760.

Remember, you can always check out how well your PC can run the Evolve System Requirements here, where you can check benchmarking and performance from other users. Compare your graphics card to the Evolve benchmark chart.

If you want to quickly see how H1Z1 will run on your PC then remember you can now take GD with you to check any website against any PC using our Chrome GD Anywhere Extension.

yep ran the beta maxed out vsync off and god a nice 70s in fps, works pretty well but the game isn't really a type you will be playing for a long time like l4d its like you play for maybe a year with friends and then you all move on

Hopefully it is moddable as l4d 1. I still have fond memories of killing waves of enemies in modded maps with like 30 players and waves of hunters hopping up at you or 3 tanks just decimating everyone. Also the game was greatly optimized ran great on my Pentium dual core e2180 with a 512mb gts 7600. 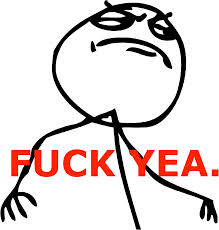 I played with this system on medium-high with 30-40 fps in alpha version. With a little frame drop when the game starts.

For the recomended cpu, is my cpu better then the a8-3870k? i have overclocked it to 4.2GHz

I wonder if it had the SLI profile during Alpha as at 1080p Ultra I wasn't getting a constant 60fps... any ideas on that?

As with anything in an Alpha stage, it will be unstable.

well, surely. I thought it still ran really well though. Just hope it can be a nudge better :)

Damn... there is a BIG difference between the amd and the nvidia minimum requirements.

Whelp, looks like I'll be able to play it. :D

Yay nice. loved this game when it was in alpha:) cant wait to play it again.

OK these are not terrifying but I still gotta ask two things:

Dualcore? I say no. I played the Alpha (urr, duur, it's just an Alpha!! - I'm sorry but an "Alpha" which in reality was more like a beta almost finished, and we're talking about a Triple A title here, not an indie) was terribly optimized, not mentioning the game was boring as hell. That's just my two cents though.

looks like i am on the recommended. i thought i would never be able to reach the recommended agan in an AAA game :P. i wonder how good this game is. from the gameplay i have seen i am not too excited to be honest

I hope the graphics will look better now. It fails to impress me in the last big Alpha :(

it's an online game. The reqs need to be low to attract more players.

Now these are what I could "good" system requirements! Especially considering this game looks as good as it does and only recommends a GTX760 2GB.
Props to Turtle Rock Studios!

Part of the low sysreq is surely the fact that it is an online game.
Low SysReq => More Players => More Money. :D

wat. that doesnt sound very normal buddy. i know wolfenstein is mediocrely optimized but its not that bad... advanced warfare either. you sure you have the latest drivers and the all?

To be fair everything is maxed on advanced warfare except like the highest possible texture settings and super sampling isn't x16 because that produces noticeable visual lag. Wolfenstein on the other hand just doesn't want to be played :/

And yeah I have all the latest drivers, I keep my machine super clean, no bloatware, I have less than 40 processes running at any given time. I need to mess around with config files on wolfenstein.

Cod:AW looks like that becasue your uisng the "Cache Sun Shadow Maps/ Cache Spot Shadow Maps" try turning those off and i bet the textures will look good. as for wolf idk why your getting those fps:/ I play that at max for good fps with a -

Wolfenstein: The New Order seems to not like your hardware configuration. I am able to get 60 fps constant when maxed out.

You're telling me you're running CoD with everything on MAX? including those crazy shadow settings and super sampling x16 @ a solid 60fps? I find that kinda hard to believe. We are talking about multiplayer here right?

I stand corrected. I'm playing with Anisotropic Filtering on Low, and SMAAx1 for solid 60fps.

But Wolfenstein:TNO I am playing on Max settings for 60 fps.

i dont think anisotropic on max will affect your fps much. try it.

The game looks good enough for me as it is. :D

Confirming that Wolfenstein: TNO runs at 60FPS maxed on my single card (READ: THERE IS NO SLI PROFILE FOR THE ENGINE!). Your 970 should have totally kicked ass at it.
Start looking for the problem :)

The 970 eats everything else, it's just wolfenstein. I'm sure I'll figure it eventually.

Maybe a bad copy? Sure it's legal? :D
In any case, if there's a problem, you can't say it won't happen again with other games :)

Yeah apparently it's well known that the pc version is bugged as hell, if you're running it perfectly maxed, consider yourself lucky. There are a load of solution on the steam community that I'll check out.

Does anyone else notice his resolution? It's 3200x900. Couldnt that have been why he couldn't max some games?

I'd bet a million dollars that is NOT his real resolution.

It is my resolution... it's called two monitors >.> two 1600x900 stacked. Of coarse I'm not playing on both. One is for games and one is for internet radio and facebook. I'll take my million dollars now.

Guess I should have clarified.... But I didn't. Sorry, I don't have a million dollars.

Oh and I fixed wolfenstein :D

Sitting on the same level as you!!! #PcMasterRace

Nothing really surprising. It seems all of the new AAA games being released are using the recommended 700 cards. It doesn't seem low.

I'm seriously going to have to get a 2tb black, these HDD requirements are rising.

These HDD requirements are too damn high...!!!

That's quite a leap between minimum and recommended, both in CPU and GPU, a nice change from the "i5 gtx670 min, i7 gtx780 rec" we so often see nowadays.