Developer Harebrained Schemes has put Shadowrun: Hong Kong up on Kickstarter, and it’s already more than tripled its funding target within a matter of hours of going live. The successor to Shadowrun Returns, Hong Kong promises to be a full-length standalone tactical RPG that draws the player into a 30-year-old corporate conspiracy in the shadows of Kowloon City.

The Kickstarter went live yesterday with an initial funding target of $100,000 which it has absolutely smashed through with 34 days to go, raking in over $300,000. Four stretch goals have already been reached but there’s still eight left if you want to hop on board early.

It looks like Shadowrun: Hong Kong is already several months into its development, making use of the very same engine that powered the previous two titles. Harebrained Schemes is targeting an August 2015 release, so it shouldn't be too long to wait for your goodies if you do choose to back. 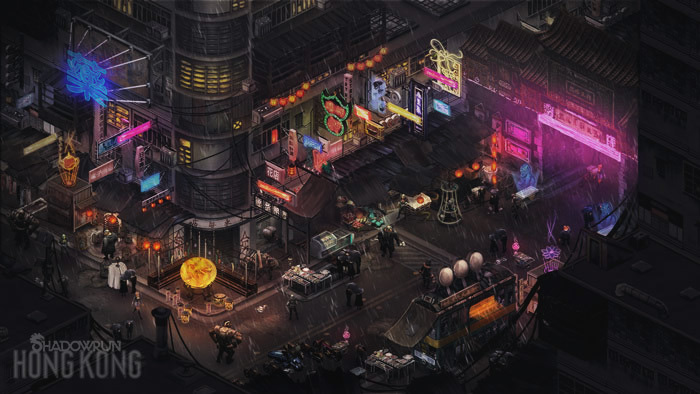 After the immense success of the original titles Harebrained Schemes has stumped up the cash for the first 12 hours of gameplay itself, with the additional funds going on more features, with Harebrained Schemes saying “as always, we have more ideas than we have budget.” These features included better audio, additional side missions, team members, expanded magic, and a revamped Matrix.

For those unfamiliar with Shadowrun, it’s basically a cRPG with tactical turn-based battles on grid-based maps. The cyberpunk world is full of political intrigue, shady characters, and a story no-doubt packed with a wry wit.

I reviewed both Shadowrun Returns and Shadowrun Dragonfall when they launch and thought they were both rather spiffing, so be sure to check them out if this sounds up your alley.

I havent event tried it exept the original if people like new shadow run that much i have to get it.

I've enjoyed both SR games so far. Keep an eye out for Steam sales. There are also a couple of good free DLCs for them.

The original is great and all but Dragonfall stomps it flat in every single aspect.