Dark Souls II: Scholar of the First Sin is a bit of an oddity for PC users. Both the Xbox One and the PlayStation 4 are home to a flood of remasters that look to capitalise on the additional power available in the current-gen console, but when it comes to PC we already expect to have the definitive version, hardware depending.

Nevertheles, the Dark Souls 2 remake will be hitting PC, PlayStation and Xbox One soon, and Bandai Namco has now outlined exactly what the differences are for those looking to pick up this version, as well as detailing a weighty patch hitting for current Dark Souls 2 owners.

Okay, so first things first is patch 1.10 which will be going live February 5ht for PC, PlayStation 3 and Xbox 360. This free patch includes additional NPCs, plot, and events, as well as additional item descriptions and adjustments to matching and balance. The full, and pretty expansive, list of changes coming in the patch can be check out here.

What the patch won’t have is the graphical enhancements that are coming to DX11 supported PCs, Xbox One and PlayStation versions. This is included as part of Dark Souls 2: Scholar of the First Sin, which includes the aforementioned patch as well as new enemy placement, refined gameplay design, a performance boost, more online players, and all pieces of downloadable content available so far.

So, if you’ve already got the version of Dark Souls 2 that’s on Steam now, if you want to experience the Scholar of the First Sin additions then you’ll need to purchase the title separately. There’s currently no upgrade discount plan in place, but if you haven’t picked up the season pass just yet then it might be a worthwhile upgrade.

Dark Souls II: Scholar of the First Sin is out in April for PC, PlayStation 4, PlayStation 3, Xbox One, and Xbox 360.

Are there enough upgrades included with Dark Souls 2: Scholar of the First Sin to get you to double dip? Or should the other enhancements have been made available as a free update to current owners?

this is exactly why i wait to purchase games until they have been out at least a year. i love dark souls, but a lower price, single package you all dlc, thus lower cost for them, and bug fixes makes with worth it for me.

I won't buy the same title again. End of story
Seriously, what the hell is wrong with the game industry these days.

This is ridiculous, this patch should be free, or at least free to the season pass owners.

I find this a disturbing practice, i won't buy it, it is a cash grab, some games can initiate themselves on DX 9 or 11...it's not worth the upgrade

So basically, they're selling patches now? This industry is getting worse...

Nah, it's just FROM, who, of course, has mastered this fine art by practicing with Armored Core. 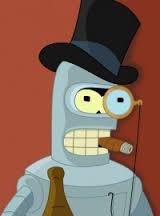 I hate when game devs pull **** like this. Huge fan of the souls series, bought the game and season pass the day it came out, now to play this additional content with graphic and performance upgrades and what not I have to repurchase it? No thanks. Done with bandai namco now.

Yes. I hate if i have to repurchase the shiat out of DS2 again.

Am i the only one here who don't have any issues regarding the Soul Memory thing?

You have no issues because, take a look at your rig. :P

what the.. that's not what i meant -.-
Soul memory is one of the feature in DS2. Many people dislike the feature, but i have no issue with it.

I'm kinda on your side on this one. SM is great in that it doesn't allow for low-level twinks and makes it so that you're on the "level" with people in the area, unless you spend excessive amounts of time farming. Still, you can find people to invade and summon. The ring is a good IDEA, but it fails miserably in that

depending on it's location in-game, you won't be able to stay at whichever tier you want to be. Also, it's a "**** you!" to everyone who uses consumable equipment that costs souls. So really, it fixes nothing. Some of the patch notes were a bit unclear, but it seems that they might mess up legit invasions, only

dedicated pvp-ers are going to disable the Human Effigy effect after bosses. Meaning, the most interesting invasions are going to stay only at the lower SM tiers. I like the changes in NG and NG+ summoning and invading, but that can mess up some covenants. I'm really conflicted on this patch. Dang.

Yeah, the addition of the ring profits the pvp-ers, or maybe, trollers. They locked their SM after they got their armors, weapons, spells, and stats they they wanted to, and start invading people.
It's basically the same. High SM will be paired with High SM which is obviously a skilled player, and low SM is gonna get invaded by Low SM player which is a dedicated pvp-er wanted to rekt some nubie.