Focus Home Interactive and Tindalos Interactive have announced they are working together to create a new strategy title set within the Warhammer 40,000 universe. Battlefleet Gothic: Armada is a real time strategy adaptation of one of Games Workshops' famous tabletop games. Players command a mighty spacefaring army in the form of the Imperial Navy's Battlefleet Gothic, and must do battle with the Chaos Black Crusade commanded by Abaddon the Despoiler.

You can throw out those dusty old dice though, because Battlefleet Gothic Armada is built using Unreal Engine 4 and features epic space battles between dozens of ships, ranging from nippy fighters up to mile-long warships. Taking control of your own fleet composed of Imperial, Chaos, Eldar and Ork forced, you must battle to control the Gothic sector.

Deep ship customisation looks to be key to Battlefleet Gothic: Armada's appeal, and in the downtime between battles players will be able to micromanage weaponry, defense, support sub-systems and more, before making use of each ship's unique abilities in battle. 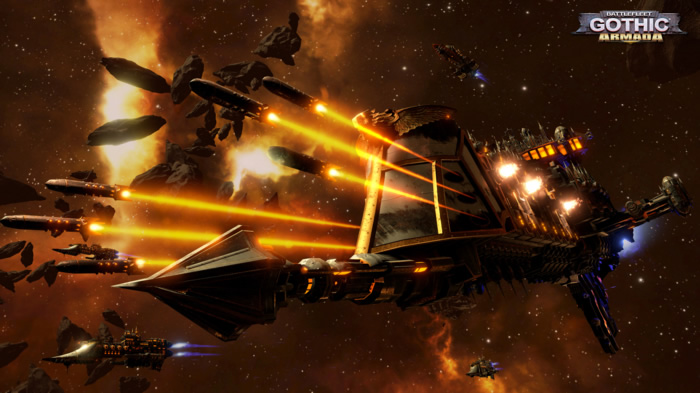 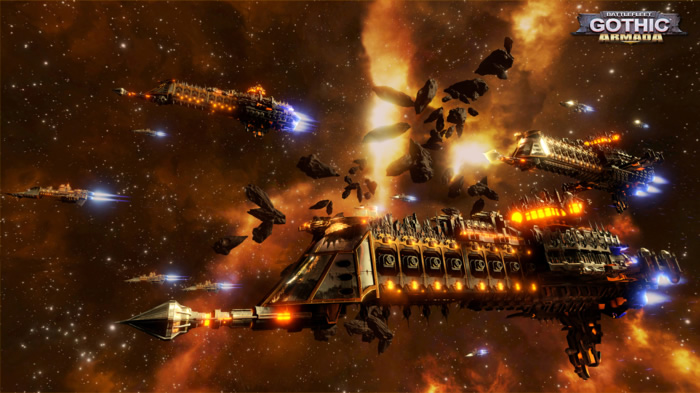 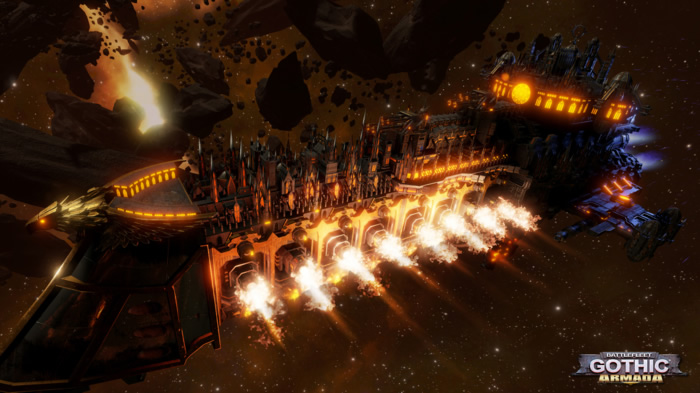 Focus has said that Battlefleet Gothic: Armada is still in the very early stages of development so the release could still be some ways off. If these in-game pics are anything to go by though then we're in for a sumptuous visual treat.

Is Battlefleet Gothic tickling your space buds? Are you ready for intergalactic mayhem?

Looks good. I'll be keeping an eye on this one. ;)

I love Space RTS games, so I'm already interested. Can't wait to see a trailer for this game :)

I'm not really interested in it. I would rather like to see Warhammer 40k Dawn of War III and some more details on Space Hulk Deathwing.

lol how many warhammer licenses they sell per week?