After the breakout success of Euro Truck Simulator 2, sims have become pretty big business. There’s pretty much a simulator out there for everything, from farming to car mechanics, even Rope Simulator 2014. Few things are more tranquil though than setting off on a boat ride, lifting anchors aweigh and floating out to sea, which is where European Ship Simulator drifts serenely into view.

In European Ship Simulator it looks like you’ll have to thoroughly know the ropes before attempting a long haul voyage, with an acute attention to detail so readily apparent in sim games. Just piloting a tugboat looks like a monumental task, but with a top speed of about three knots you should have plenty of time to right yourself.

It’s in Early Access right now, but when European Ship Simulator arrives on February 20th for PC it’s going to feature a variety of boats, including the aforementioned tugboat, all the way up to carrier ships and passenger ferries.

The video below is pretty much the epitome of relaxation, and you could be forgiven for falling asleep at the rudder. All you need to do now is tune in to a spot of Sea Shanty FM, crack open the Lamb’s Navy Rum, and tuck into a sardine sarnie. For maximum effect, liberally sprinkle salt into a pint of water at your desk for that authentically whiffy sea air.

Where you’ll like the cut of its jib depends on your love of extreme simulation, but if you’re more Mario Kart 8 than Asseto Corsa then it’s probably best to go overboard. Those looking for an authentic shipping experience though could do well to keep an eye of European Ship Simulator when it arrives next month.

Are you going full steam ahead for Euro Ship Sim? Or does captaining a seafaring vessel leave you cold? Let us know!

Looks cool, but what I wish there was, is a 18th-19th century sail ship sim. I'd drool all over my keyboard.

That sound design though. I dont think directional sound is that absolute that facing one ear away from the engine will completely shut out the sound to it. 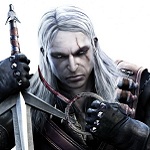 What next huh Penus Simulator ???

Butcher Simulator ! That's what I want ;)