The first all-new Resident Evil title since the controversially crud Resident Evil 6, RE: Revelations 2 looks to continue the gameplay from its spin-off predecessor, mixing classic survival horror with all-out action sequences. Claire Redfield returns, alongside series favourite Barry Burton and a few surprises, as the player explores a remote prison island infested with horrors. Before you start getting your brain munched on though, you might want to check out the official system requirements for Resident Evil Revelations 2 to see if your rig's up to the task.

If you played the original Resi Revelations, which you really should've, then these requirements should be pretty familiar to you. They're almost identical except for increased hard drive demands, so if you could run then then it's safe to assume you can run this.

If you've not, the system requirements for Resident Evil: Revelations 2 are mercifully low, pretty similar to the HD Remaster in fact. Processor demands look to be the most challenging, but any semi-decent graphics card bought during the lifetime of the previous generation of consoles should be good to with RE:R2. Resident Evil Revelations 2 has been created with the capabilities of the Xbox 360 and PlayStation 3 in mind, which is reflected in these modest requirements.

As with most Resident Evil titles a gamepad is recommended, but not vital. It's a third-person action game that's still pretty slow-paced, which makes it ideal fodder for both control setups.

If you want to quickly see how RE: Revelations 2 will run on your PC then remember you can now take GD with you to check any website against any PC using our Chrome GD Anywhere Extension.

Thank god for these kind of requirements, hope more developers go this way unlike ehem ehem you know "THOSE" guys. 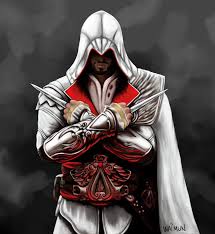 Wow, a game that I might be able to run! These reqs are nice! 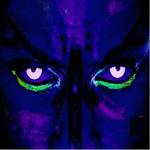 Its system requirements are nice (especially the CPU part). For many games today, you need at least a Pentium G, Core i3 or even Core i5 + DirectX 10/11 compatible GPU.

Pretty much the expected requirements for this game. Saw it running at 60fps on ps4 with some dips

Too bad the game will have MICRO-TRANSACTIONS for the multiplayer part, even though it's a game you pay for...

And users that have core i7 5th gen and gtx 900 series be like can I play this game :P

yeah i know what you mean...like totally PC Monster and they are like
"Can i play this game?" .....it's like they mom bout they PC and they have no idea what it's in there.....

The recomended requirements same like RE 6. And well this is a good optimization.

These requirements are reasonable BUT; runs on DX9 but you need Vista or higher OS...? What...?

The game may use components (like VS 2012, .NET 4.5) which are not compatible with the outdated Windows XP.

nice...lowest settings for me :P

Usually with new titles the minimum reqs are the same as the reccomended here.It's good to see a game which can be played on lower-end rig.

Am really happy for my fellow gamers with low-mid range rigs :) , atleast every one will get to enjoy it .

Nice requirements, it gives me hope that there are developers out there who are not crazy with high requirements. Cough, cough, you know who you are.

yeah, can't wait anymore...I waited Claire returns for too long!! And thanks CAPCOM for "low" System requirements...time ago I played RE6 on a very crappy laptop :)

Not bad at all.. Finally, good news for the ones that are still on DX 9!

finally.. not an intel core i5 as minimum :D

That's what I love about the Resident Evil's, their requirements are always not that demanding(excluding Resident Evil 4 Ultimate HD edition, but Ubisoft touched that so we all know the reason).